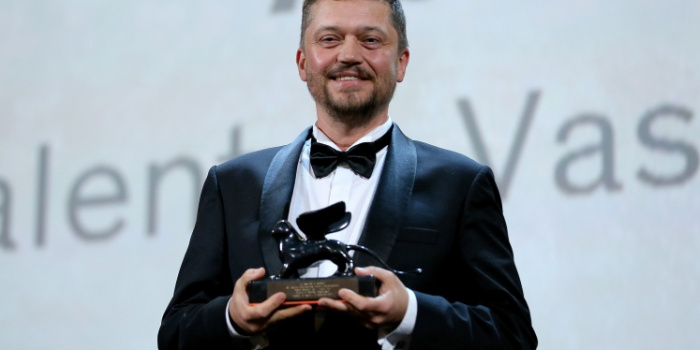 A film director Valentyn Vasyanovych has declined to accept the Order of Merit of the 3rd degree awarded to him by President Volodymyr Zelensky, as Vasyanovych said interviewed by LB.ua.

"I cannot accept an award from the government, which on the one hand rewards "for a significant personal contribution to the development of national culture, significant creative achievements and high professionalism", and on the other they open criminal proceedings and persecute. This is not a political decision. This is community’s solidarity and ethics, ” the film director said.

According to him, his refusal is to mark a protest "against the government's producing of criminal proceedings against most filmmakers who have created the Ukrainian film industry in recent years."

"By a strange coincidence, these 'cases' mainly concern those film productions that represented Ukraine in the international arena," Vasyanovych said.

"Atlantis" last year won the competition program "Horizons" of the Venice Film Festival and this year Ukraine was nominated for an Oscar in the category of "Best International Film".

His comment refers, in particular, to the criminal proceedings mentioned in the open letter published on the website of the State Cinema Agency before the second round of the 14th state competition of film projects. The State Cinema asked the experts "when evaluating projects at the second round to take into account information on open criminal proceedings against companies (according to law enforcement agencies) and the fact of unfinished and not submitted to the State Cinema projects within the period of previous years." These were the companies "Traffic Films", "Lime Light", "Arthouse Traffic", NGO "Molodist" and others.

The decree "On the awarding of state awards of Ukraine on the occasion of the All-Ukrainian Day of Cultural Workers and Masters of Folk Art" was issued on November 9.