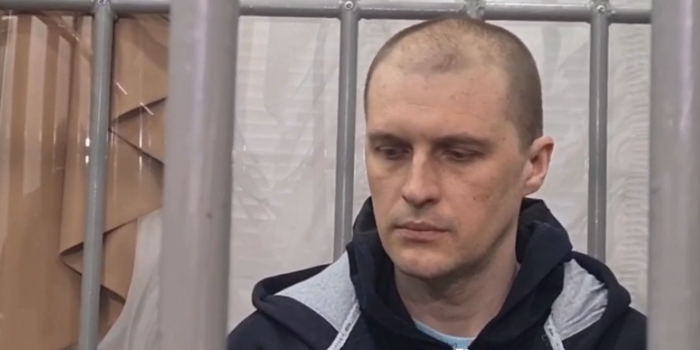 The occupiers' court in Luhansk sentenced Dmytro Shabanov, a resident of the occupied Luhansk oblast who held a position in the Organization for Security and Cooperation in Europe (OSCE), to 13 years in prison "for treason."

When the militants captured Shabanov in June, they claimed that in 2016 he had been recruited by SBU employees and a CIA resident in Ukraine. The justification for his capture was articulated as "he was leaking classified information related to the army to representatives of foreign special services, acting to the detriment of the security of the LPR."

In the video released by the Russian propaganda media RIA Novosti, Shabanov is sitting in a cage, and a "judge" is reading the "sentence" in the background. The man does not speak at all. At the end of the video, an unknown man asks Shabanov whether he will appeal the "sentence." He gives no answer.

It should be noted that the leader of the "LPR" militants Leonid Pasichnyk has banned the work of the OSCE international mission in the occupied territory of Luhansk oblast on April 30.