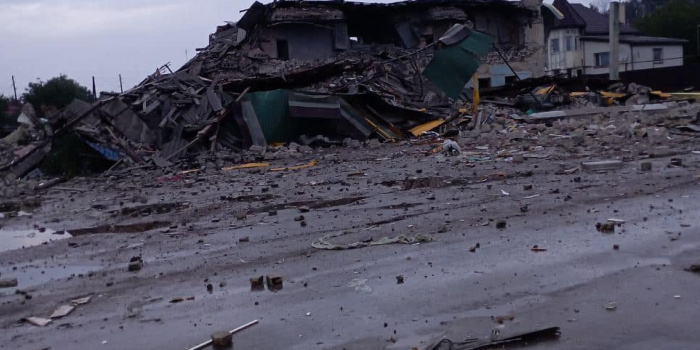 Sergei Vorobyov, a propagandist of the Russian Federal News Agency who is associated with "Putin's cook" Yevgeny Prigozhin, was wounded by the shelling in occupied Svatove (Luhansk oblast).

This was reported by the illegal armed formation "LPR JCCC." This has also been confirmed by Vorobyov himself.

He claims that the Vatra hotel in Svatove came under fire. Allegedly, only he and the hotel administrator were there at the time of the shelling.

"The first blow was quite strong, two slabs fell down; fortunately, they crossed over my head and did not collapse further. Which effectively is what gave me the opportunity to survive, get to a more or less safe place and wait for the rescuers," the FNA writes, citing its propagandist.

It should be noted that on September 18, an explosion occurred at an occupiers' base in Svatove, near a bus station. This was reported by Serhiy Haidai. According to him, about 200 invaders were killed by the explosion.