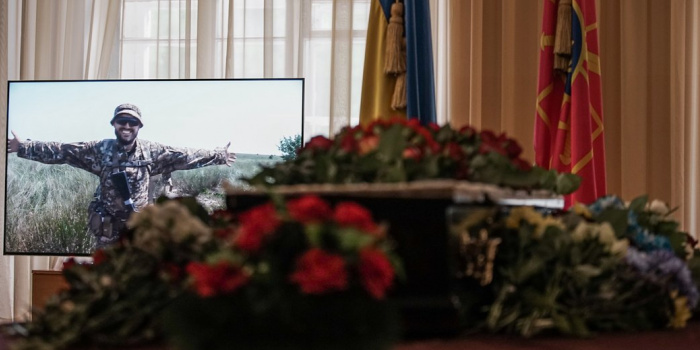 On June 14, a farewell ceremony for serviceman, journalist, and officer Oleksiy Chubashev was held in the House of Officers in Kyiv. He died on June 10 in the Donbas and will be buried in Baykovo cemetery, Suspilne reports.

According to Suspilne's correspondent, a film about Oleksiy's life was being screened during the farewell ceremony; in the video, he is with his family, friends, and on the frontline.

We remind that Oleksiy Chubashev was killed in action on June 10. He was the author of the "Recruit.UA" program, former head of "Armiya FM" and the Military Television of Ukraine. On February 24, 2022, he went back to serve in the UAF.

Alexei was 30 years old, he was survived by his wife, young daughter and son, who was born in March this year.