Facebook's algorithms contribute to spread of fake news about COVID-19 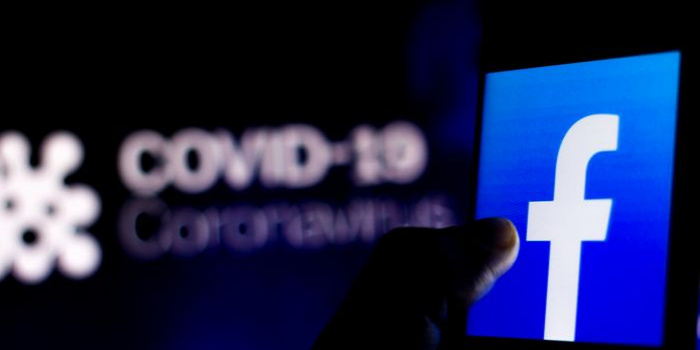 Algorithms of the social network Facebook contribute to the spread of health misinformation. In the space of April 2020, health fake news got 460 million views. Such are the findings of the report of the human rights organization Avaas, as MediaSapiens reported.

The organization points out that Facebook has promised to fight the spread of health fake news. However, the algorithms of the social network, along with useful information, also contributed to the spread of dangerous fake news, which caused death of hundreds of people.

According to the study, 82 websites shared on Facebook that spread fake news about health, last year got 3.8 billion views. Among them, Avaas identified “42 Facebook pages as key drivers of engagement for these top health misinformation spreading websites. They are followed by more than 28 million people and generated an estimated 800 million views.”

For example, one of the fake stories, which said that the American Medical Association called on doctors to exaggerate the number of deaths from coronavirus, obtained 160 million views.

Some of the fake news that have been spread on the social network turned out to be deadly. Researchers noted that about 800 people died because they drank pure alcohol to protect themselves from the coronavirus. Another example occurred in South Korea. There, 100 people became infected with the coronavirus, because the priest had read that the injection of salt water into the mouth could protect against the coronavirus.

At the same time, Only 16% of all health misinformation analysed had a warning label from Facebook. . The remaining 84% were spread without any markings on.

It will be recalled that in the first three months of this year, at least 800 people died due to misinformation about COVID-19. Another 5,800 people were hospitalized for false information, according to a new study published in the American Journal of Tropical Medicine and Hygiene.