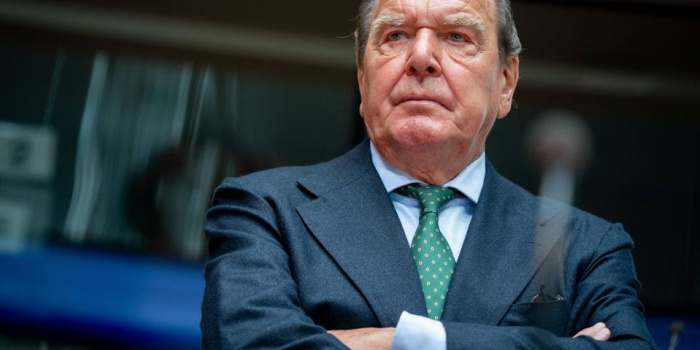 The former Chancellor of Germany, Gerhard Schroeder, will sue Bild magazine of his come country after a story about Russian activist Alexei Navalny attributed quotes to him that he says were false, as Forbes reported.

First off, Navalny is considered the anti-Putin voice in Russia and is heralded as the Russian opposition leader. He was apparently poisoned, which was blamed on the Russian government and later denied. He has since recovered after being comatosed for two weeks. His ordeal has led to more sanctions against Russia.

Navalny commented to Bild that Schroeder said there were no “facts” in the story about him being poisoned, only “conjectures” Navalny called him "Putin's errand boy" and said that he may have received some kind of "hidden payments" from the Kremlin, all of this not verifiable by anyone but the Kremlin and Schroeder himself, who obviously denies it.

However, it is worth noting that Schroeder is very active in helping Russia’s state owned oil and gas companies in Europe. He is on the board of directors of Rosneft, Russia’s biggest oil SOE. He also works for Nord Stream, the Gazprom pipeline connecting Russia to Germany. So he is clearly an advocate for that business, and is paid for his advice and connections to the German leadership.

Schroeder or no Schroeder, Germany’s Angela Merkel was the one who gave the final go ahead to Nord Stream II, the sister pipeline to Nord Stream I and the one that is currently facing Treasury Department sanctions.

Navalny’s accusations are all hearsay, of course, and he made no indication that they were nothing but hunches anyway in Bild, other than the facts of Schroeder’s involvement with the Russian SOEs.

Schroeder said he “understand the difficult personal situation in which Mr. Navalny finds himself. But, his statements in an interview with the Bild-Zeitung newspaper and on the bild.de website about alleged hidden fees are incorrect. He himself says that he has no evidence for these claims. However, Bild-Zeitung and bild.de have circulated these statements without getting my comment,” he wrote Schroeder on LinkedIn. He stated that he was forced to sue the publication for publishing what he thought of as a smear.

Navalny was in a coma from August 20 to September 7. He became ill on a flight to Moscow. He was hospitalized in Russia and later transferred to a Berlin clinic.

Germany’s official position is that Navalny was poisoned by the Novichok chemical, an old Soviet era biological weapon. Research has also been carried out in laboratories in France and Sweden. The Organization for the Prohibition of Chemical Weapons also reported that traces of a Novichok-class poisonous substance was found in Navalny’s blood tests.

Russia’s press secretary, Dmitry Peskov, said that Moscow is waiting for the OPCW to weigh in.

They weighed in yesterday.

They said that the results of the analysis by the OPCW designated laboratories of biomedical samples collected by the OPCW team and shared with the Federal Republic of Germany “confirm that the biomarkers of the cholinesterase inhibitor found in Navalny’s blood and urine samples have similar structural characteristics” as the toxic chemicals belonging to chemicals that were added to a list by the Twenty-Fourth Session of the Conference of the States Parties in November 2019. But added that “this cholinesterase inhibitor was not listed in the Annex on Chemicals to the Convention.” Still, they called the poisoning one of “grave concern” as the chemical was a military nerve agent designed for bodily harm.

On Wednesday, the UK said it will support sanctions against Russia, Foreign Minister Dominic Raab said in a statement.

“We will work together with our international partners to take forward sanctions targeting Russian officials and others who are considered responsible for this crime as well those involved in the development of the Novichok chemical weapon program,” Raab said.

Earlier today, the Foreign Ministries of France and Germany also announced that they would send a proposal to the EU partners to impose sanctions. The decision will also be supported by the Netherlands.

The VanEck Russia ETF fell over 1% today, going in the complete opposite direction of its peers in the MSCI Emerging Markets ETF as a direct result of the latest sanctions threat against Russian businesses.