Euromaidan SOS: international organizations must return to Ukraine and do what they are supposed to do 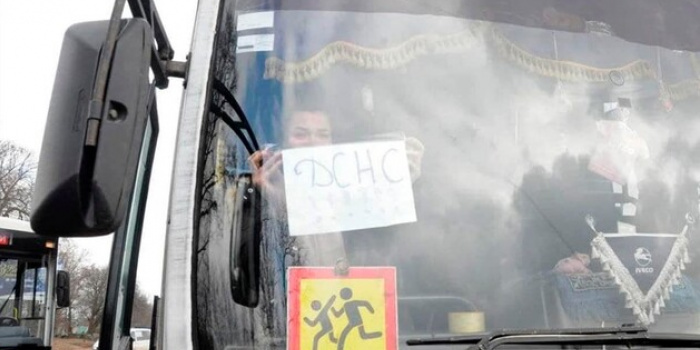 An international presence and assistance to evacuation of civilians, as well as monitoring of atrocities during the evacuation of the population from the destroyed cities must get back to Ukraine, as Euromaidan SOS demanded.

The respective letter on behalf of the civil sector of Ukraine was made public by the head of the Center for Civil Liberties Oleksandra Matviychuk, as ZN.ua reported.

"Today, international organizations have a commitment to discharge the functions they have been formed to fulfil. These are the situations where a party to the conflict is blattantly violating the basic requirements of international humanitarian law, like the Russian Federation does in Ukraine, require some flexible formats of international cooperation with local initiatives, as well as taking direct responsibility and making every effort to organize assistance to the civilian population, even outside the usual rules, "the appeal said.

It is noted that most international organizations have evacuated their employees and do not work in hot spots in Ukraine due to serious threats to life and health of their employees.

Euromaidan SOS considers it urgent to ensure an international presence and international monitoring of violations during the evacuation of the population from destroyed cities and calls on the International Committee of the Red Cross, the OSCE ODIHR, the OSCE Permanent Council in Vienna, the Council of Europe Commissioner and Human Rights Convention mechanisms of the Council of Europe, the geographical and thematic mandates of the UN, the UN Human Rights Council, the UN High Commissioner for Human Rights, the UN Office for the Coordination of Humanitarian Affairs (UN OCHA), "the statement said.

It is noted that there are volunteer initiatives in Ukraine that are ready to risk their lives and health to help people.

"But they do not have the resources and budgets that the international organizations dispose. They are unable to evacuate all those in need of evacuation and ensure the delivery of humanitarian aid to all those who need it. In addition, an international presence would provide additional security guarantees and could would force the Russian military to stop shelling humanitarian corridors, "the statement said.

The authors of the open letter remind that the world has witnessed a severe humanitarian crisis in Ukrainian cities, villages and settlements wiped out by the attack of Russian troops. In Mariupol, Volnovakha, Izyum, Gostomel, Bucha, Chernihiv and other cities, people spend many days in bomb shelters without food, water, electricity, medical care and communication. In Chernihiv and Mariupol, the dead civilians are buried in mass graves, as the constant shelling of cities does not allow to do otherwise.

Russia does not allow the opening of humanitarian corridors or regularly disrupts existing arrangements to break down local resistance, and attacks all attempts to deliver humanitarian aid to isolated cities and towns. Thus, on March 11 from 12, only four out of all planned corridors worked. Desperated, local residents tried to flee the towns at their own risk under shelling, resulting in numerous civilian casualties.