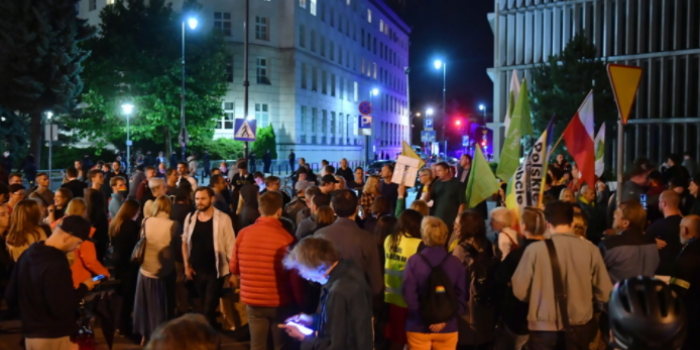 Brussels has criticised Poland after MPs passed a controversial law on media ownership that its critics say is a threat to press freedom, as Euronews reported.

The contentious draft law, which needs the approval of the Senate and Poland's president, would prevent non-European owners from having a controlling stake in Polish media companies. It has been widely viewed as an effort to silence an independent, US-owned television broadcaster that is critical of the government and has exposed wrongdoing by the authorities.

The legislation would push American company Discovery Inc. to sell its controlling stake in TVN, a network with many channels that operates Poland's all-news station TVN24 and has a flagship evening news programme watched daily by millions.

The European Commission (EC), responding to the vote on Thursday, was critical.

"Media pluralism and diversity of opinions are what strong democracies welcome, not fight against," said Vera Jourova, the EC's vice-president for values and transparency.

The draft Polish broadcasting law sends a negative signal," she added. "We need a Media Freedom Act in the whole EU to uphold media freedom and support the rule of law."

Polish MPs passed the draft law after a chaotic day in parliament on Wednesday. The vote represents a success for Poland's ruling conservatives, who had been engaged in a dramatic tussle in parliament. All this comes after two days of political upheaval that has seen the disintegration of the governing coalition.

The Law and Justice (PiS) party struggled to secure a majority to back the media ownership bill, which has major implications for the country's largest remaining independent TV station. The vote was passed by 228 votes in favour to 216 against, with 10 abstentions.

As well as the EU, the bill has also been criticised by Washington and is seen as a major attack on media independence in Poland, already in the spotlight for reducing media diversity and judicial independence.

In a statement on Wednesday night, TVN said parliament's decision constituted "an unprecedented attack against freedom of expression and the independence of the media".