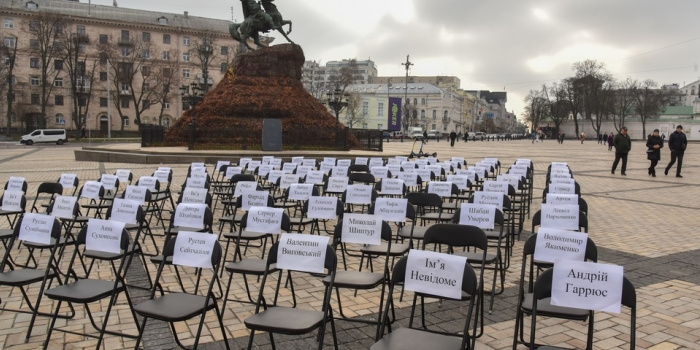 An action "Empty Chairs" took place on Sofia square in Kyiv in support of Ukrainian political prisoners in Russia and the occupied Crimea, as well as prisoners in the the Separate regions of Donetsk and Luhansk regions (ORDLO), as Ukrinform reported.

About 50 people took part in the initiative. 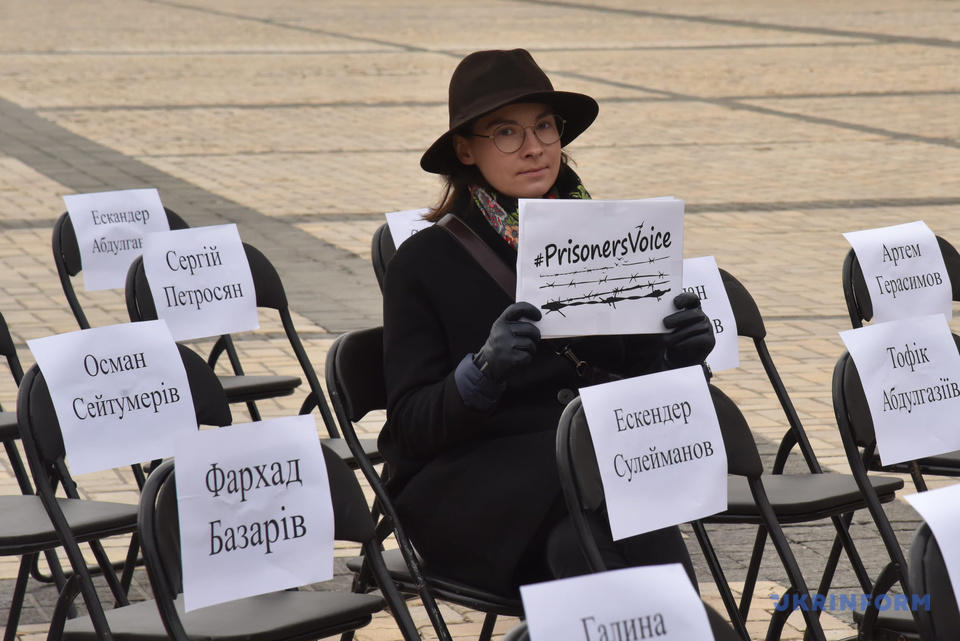 About 100 chairs were placed on Sofia Square, each had a plaque attached with the name of one of the prisoners in ORDLO, occupied Crimea and Russia. This symbolic installation of empty chairs with the names of political prisoners should be a reminder of those who have been illegally imprisoned in the occupied territories of Ukraine because of their beliefs or professional activities.

"As for the war in Donbass and the occupation of Crimea, we are talking not only about imprisoned journalists and authors. We are also talking about Ukrainian hostages of the Kremlin. Today, we are talking about those who cannot be with us because these people were imprisoned due to their beliefs or are persecuted in the Crimea and the occupied territories in eastern Ukraine, "said PEN Ukraine Executive Director Tetyana Teren.

Oleksandra Matviychuk, chairman of the board of the Center for Civil Liberties, stressed that at least 300 Ukrainians were currently being held captive in ORDLO. According to human rights activists, about 127 Ukrainian citizens are being held in prisons in Russia and the occupied Crimea for political reasons, including 89 Crimean Tatars. 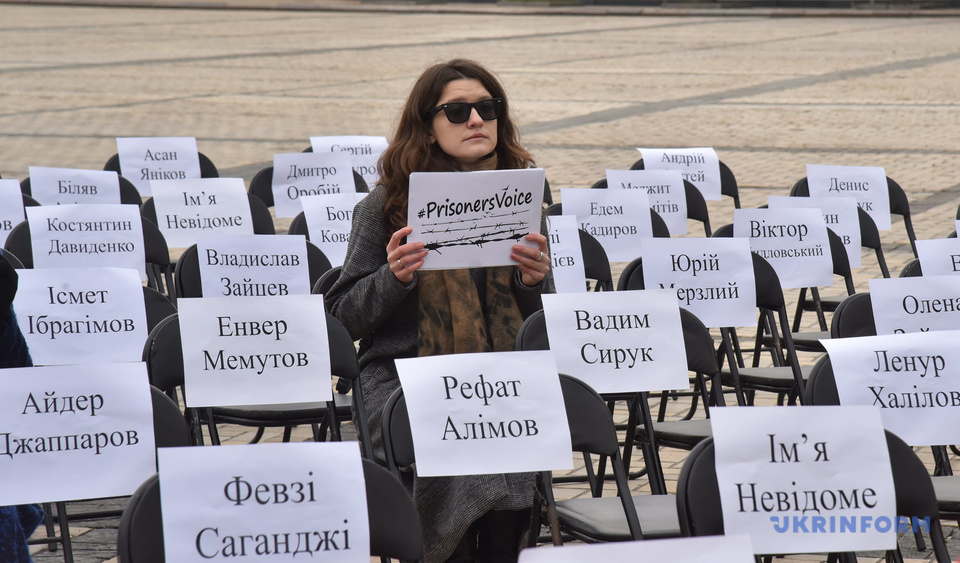 During the action, famous authors, journalists, actors and musicians read their letters to the Kremlin hostages. These letters of support will then be handed over to the political prisoners through lawyers.

The event was organized by the Ukrainian PEN and the Center for Civil Liberties.

Since the late 1980s, at the initiative of PEN International, an empty chair has been symbolizing an author who cannot attend public events, because that person is in jail, detained, went missiingf or due to threats to one’s life. Since then, November 15 has been the Day of the Imprisoned Writer around the world, on the occasion of which human rights actions and performances take place in various cities where PEN operates.