In the recent days, the editorial office of “Kremenchutska Gazeta” has been receiving from unidentified persons phone calls with insults as to coverage of the topic of work of Kremenchuh department of Poltava anatomic pathology bureau, and the newspaper editor Oleh Bulashev is receiving death threats. This is reported on the newspaper’s website.

As the news story reported, the newspaper’s editorial office both in its newspaper (since May 11, 2017) and during the current month on its website “has been covering a high-profile topic of operation of the city morgue, in which the newly appointed head Vadym Ukrayinets has been trying to bring some order”.

Moreover, the media outlet points out, for several months already they have been informing their readership about the work of the new chief physician of the Third City Hospital Victor Sychov. AS the media outlet reports, on May 14, Sychov on his Facebook page shared his opinion on the issue of the morgue’s operation and published a screenshot of the information request from “Kremenchutska Gazeta” about operation of the city morgue, specifically about the number of bodies in in the hospital in April of 2015, 2016, and 2017.

“Sychov treated this information request as a personal attack against the hospital’s chief physician and deems it discriminatory. Although, the newspaper has sent a similar request  to the city health care department before the high profile incident in the morgue”, the media outlet elaborates.

After the media outlet published reports on the high profile topic, the editor of “Kremenchutska Gazeta” and its editorial office started to receive phone calls from unidentified persons insulting them and supporting Sychov.

This culminated on May 13 with a phone call to editor Oleh Bulashev with insults like “You bastards!” and alike, and also with threats. Among other things, the caller said, verbatim: “Get ready, we will dismember you and put you into that very morgue you are writing so much about!”.

Bulashev  informed the police with a request to start a criminal investigation under Article 345 Part 1 of the Criminal Code of Ukraine “Threat of violence against a journalist”.

The editorial office also requested that the journalist organizations like the National Union of Journalists of Ukraine, Institute of Mass Information, “Reporters Without Borders” and others to monitor this situation.

Kremenchuh Police launched an investigation of the death threats against “Kremenchutska Gazeta” editor and journalists. 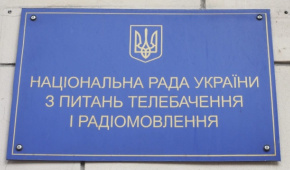