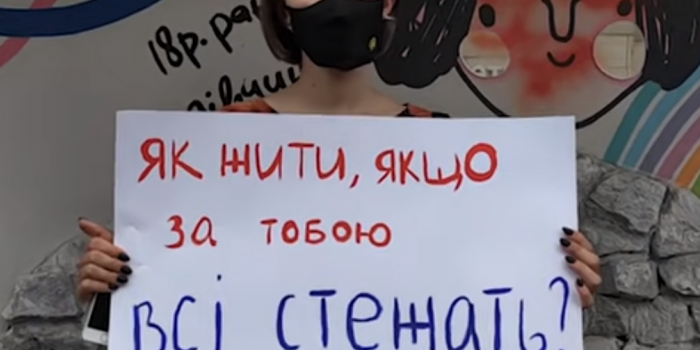 Screenshot from the vidfeo of Luke

Dmytro Kuzubov, the editor-in-chief of the Kharkiv online magazine Luk, and the newspaper's Telegram channel suffered from a spam attack after a publication of a video in support of LGBT people. His personal data and calls for an attack were spread on some radical right-wing telegram channels.  Dmytro Kuzubov reported about to ZMINA human rights center.

According to the journalist, on September 1, the Kharkiv online magazine Luk released a video clip of teacher Olha Khalepa for the song “No matter!” as a manifesto against LGBT + discrimination.

“We were inspired to invite a teacher to compose a rap in support of the LGBT community by her own story, because due to bullying by colleagues (Olga worked as a biology teacher in a regular rural school in Kharkiv region) who did not understand her rap lessons and approach to learning, she was forced to resign from the educational institution she worked for since many years ", - as the editor-in-chief of  Luke said. 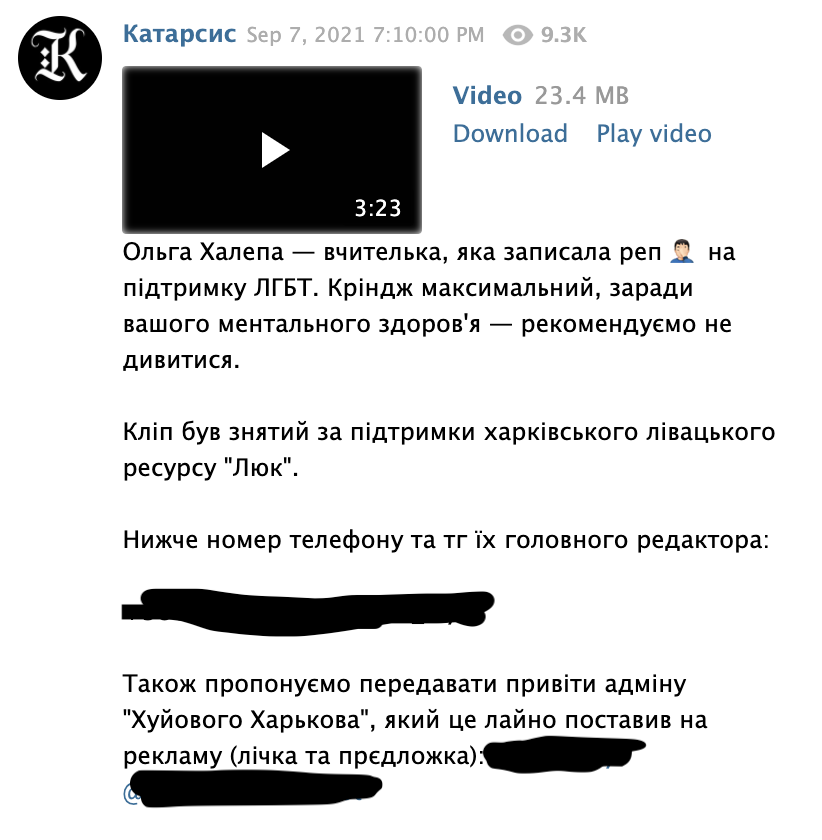 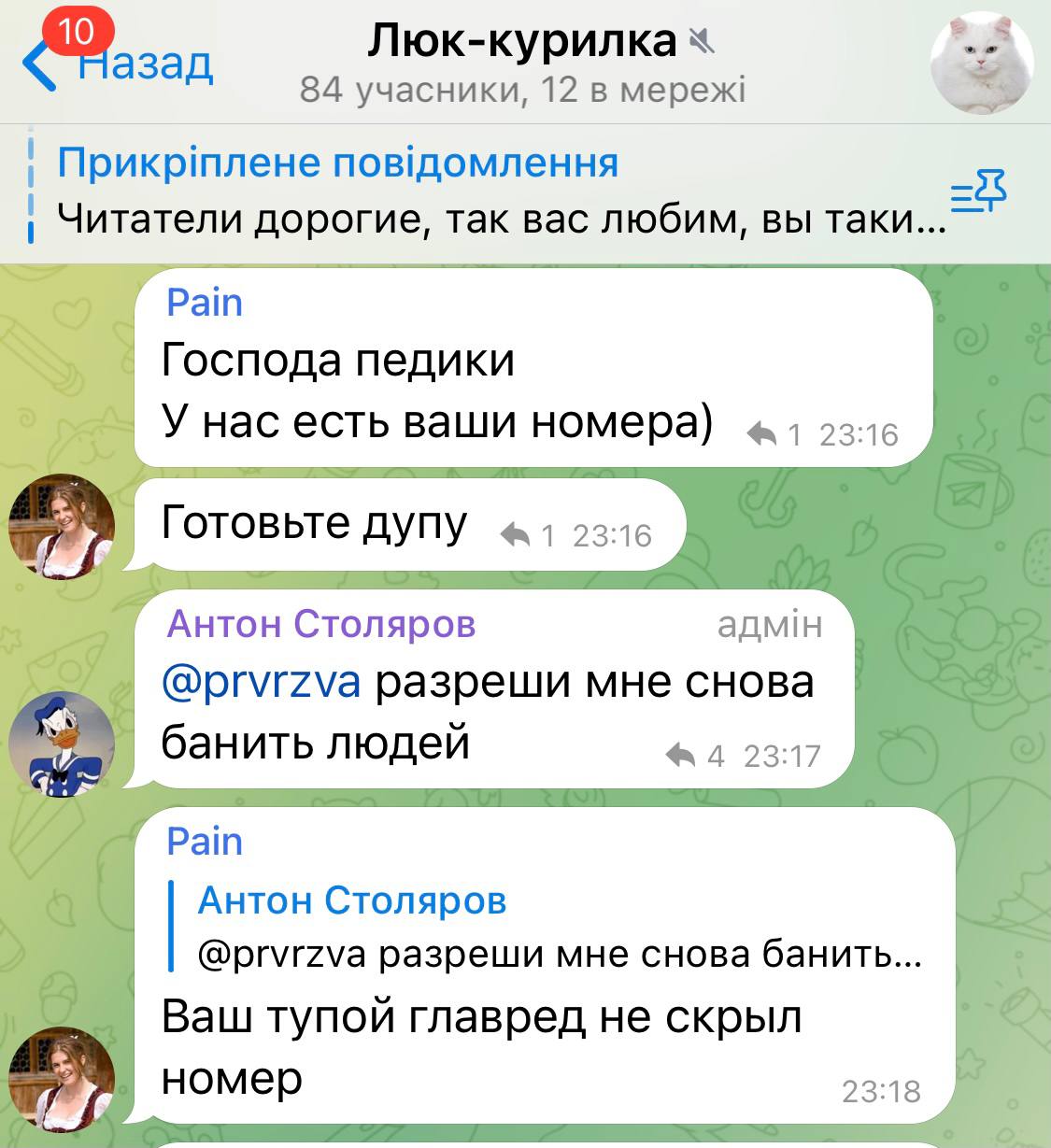 Shortly after the video was made public, readers of the publication in Telegram-chat began to receive threats from anonymous accounts.

“Gentlemen, flits, we have your phone numbers, get your ass ready. Your stupid editor-in-chief did not hide the number, ” as this was said in one of threatening messages.

In a few days, on the morning of September 7, the chat was also spammed: in less than a minute, anonymous accounts got more than 2,000 messages in it.

Dmytro Kuzubov noted that mostly they sent GIFs, memes and stickers, with a swastika, inscriptions SS, White Power and "death to the Jews", Hitler, Mussolini, the late Russian neo-Nazi and leader of the movement "Occupy-Pedophilia" Maksym Martsinkiech (Hand Axe), head of the organization ”Tradition and Order ”by Bohdan Khodakovsky, etc.

According to the editor-in-chief, the telegram channel "One Your Friend is a Fascist" apparently was behind the cyberattack, the information resource known for homophobic content.

Later that day, a post about that video clip was published on another far-right telegram channel, Catharsis. Kuzubov's telephone number and personal telegram were also published there. At the same time, subscribers were called to send him “regards”.

Kuzubov said he ws not going to contact the police. over the incident

Due to the incident, Kuzubov was forced to change his phone number for the first time in 17 years.

“If I were more vigilant, I would at least have hidden my phone number on social networks. But it seemed to me that what I was doing actually, editing and writing articles on cultural and social topics, was not so sensible. It turns out that there is, and in Ukraine in 2021, even an innocent clip against LGBT discrimination can lead to cyberbullying, incitement to hatred and threats, "- commented the editor-in-chief of  Luke.

As the publication reminds, on the eve of the Equality March in Kharkiv, LGBT activists staged a performance at the entrance to the Main Directorate of the National Police in the region. The participants of the action threw eggs, flooded the improvised wall with urine, tear gas and  similacred blood. In this way, the activists repeated the attacks of the office of the local Pride Hub community center.