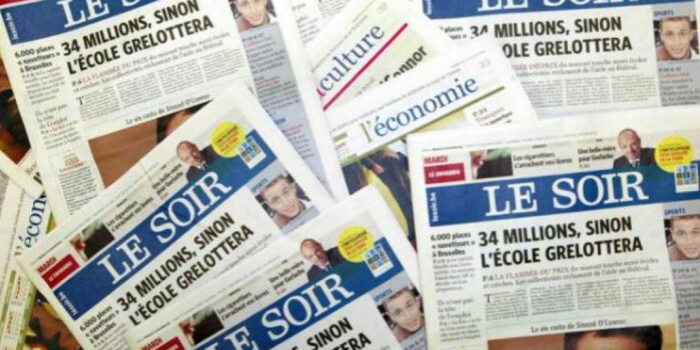 The European Court of Human Rights has ordered the publisher of Le Soir Belgian daily to anonymise the identity of a rehabilitated offender in the electronic archive, as ZMINA human rights center reported referring to ECHR.

The applicant in the case was a publisher Patrick Hurbain, who was ordered by a Belgian court to take down the name of the driver responsible for the fatal accident in 1994 in an article in his electronic archive. National courts have pointed out that appearance of the offender’s name in the search engine caused indefinite and serious prejudice to his reputation.

“The Court noted in particular that, according to the Court of Appeal, a search on the newspaper’s website or on Google, just by entering the first name and surname of the driver concerned, immediately brought up the article in question. The domestic court had taken the view that to keep the article online could cause indefinite and serious harm to the driver’s reputation, giving him a “virtual criminal record”, when he had not only served his sentence after a final conviction but had also been rehabilitated. It had thus found that the most effective way to ensure respect for his private life, without disproportionately affecting Mr Hurbain’s freedom of expression, would be to anonymise the article on the newspaper’s website by replacing the individual’s full name with the letter X.”

“The Court of Appeal had rightly observed that the online article was of no value in terms of newsworthiness; 20 years after the events, the identity of a person who was not a public figure did not enhance the public interest of the disputed article, which merely contributed to a general debate on road safety at a statistical level.”

At the same time, Patrick Hurbain considered that in this way the Belgian court had violated his right to freedom of expression.

The judges of the European Court of Human Rights, who considered the lawsuit, confirmed the balance between the right to respect for the private life of the driver and the right to freedom of expression of Hurbain's views in the decision of national courts. In their opinion, replacing the name with the letter X in the archive on the Le Soir website will not affect the original text and will be the most effective and proportionate measure among others.

The ECHR noted that the conclusion in this case should not be understood as an obligation of the media to check the archives systematically and on an ongoing basis until a request is received.

The IMI's recommendations for journalists to strike a balance between the human right to privacy and the public interest are available at the link.