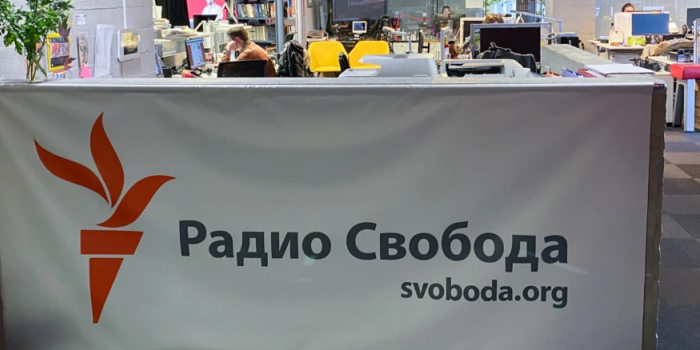 The European Court of Human Rights has admitted application from the RFE/RL media corporation and its CEO Andriy Shary, as Radio Svoboda reported.

The lawsuit is about multimillion-dollar fines imposed on Radio Liberty and other media corporation projects in Russia for violating an order of Roskomnadzor to label journalistic pieces in accordance with media law on "foreign agents." The plaintiffs are convinced that the application of this legislation violates the articles of the European Convention on Human Rights.

In January-May 2021, the regulator Roskomnadzor drew up and sent to court 520 reports on violations of RFE / RL projects' rules for marking journalistic publications, and in mid-June began drafting a new "series" of 130 fines. The total amount of fines for almost 300 decisions made by the courts of first instance at this time exceeds 140 million rubles.

The media corporation is challenging the imposition of fines, citing numerous violations by the Russian authorities of the media laws, but the courts have rejected more than 150 appeals filed by RFE/RL and its CEO. The Bailiffs Service has initiated enforcement proceedings based on several dozen court decisions, and the bank accounts of the Russian RL service have been blocked.

Simultaneously with the complaint of Radio Liberty, the court accepted the lawsuit filed in 2019 by the Russian edition of The New Times and its editor-in-chief Eugenia Albats, concerning a fine of 22 million rubles imposed for failure to provide Roskomnadzor with information about foreign financing. This is the first case that raises the question of applying the legislation of the Russian Federation on foreign agents to the media and their leaders.

The ECHR gave priority to both complaints, so the applicants look forward to a speedy hearing. According to some estimates, the court may rule as early as next year. Russia's position in the joint case against the media is represented by the Prosecutor General's Office. The court gave the defendant until October 2 to get acquainted with the case files and submit a legal position.

As IMI reported, in April, the Moscow bureau of Radio Free Europe / Radio Liberty (RFE / RL) filed an urgent lawsuit against Russia in the European Court of Human Rights. RFE / RL hopes that the court will impose interim measures and order Russia to refrain from implementing the 520 "administrative protocols" that Russia has drawn up or is threatening to draw up against the media organization since January 2021.