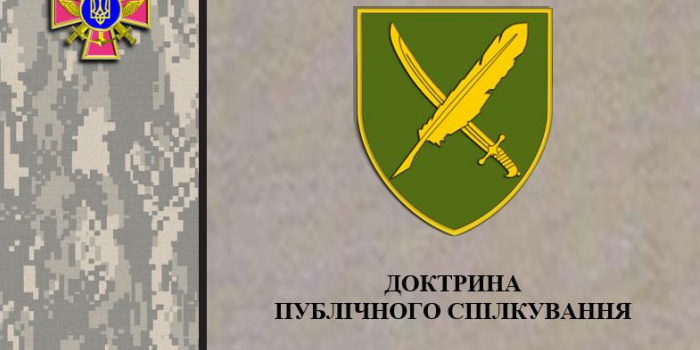 The doctrine of public communication has been approved by the Commander-in-Chief of the Armed Forces of Ukraine, Colonel-General Ruslan Khomchak, as this is reported on the website of the Ministry of Defense of Ukraine.

This document defines the basic principles of organization of information and communication activities in the military sphere.

“It will help commanders realize their leading role in this important area of ​​activity. And for public relations officers (press officers) it will be a guide in communicating with the public and the media, ”the statement reads.

It is noted that the doctrine of public communication took into account both the principles and approaches of the armies of leading NATO member states, as well as the experience gained during the Anti-Terrorist Operation and Operation Allied Forces.

The doctrine will also be useful for teachers and cadets of military schools, students of operational-tactical and operational-strategic levels, who in the future will carry out proactive communication in making management decisions, the report said.

The doctrine was developed by the Public Relations Department of the Armed Forces of Ukraine.