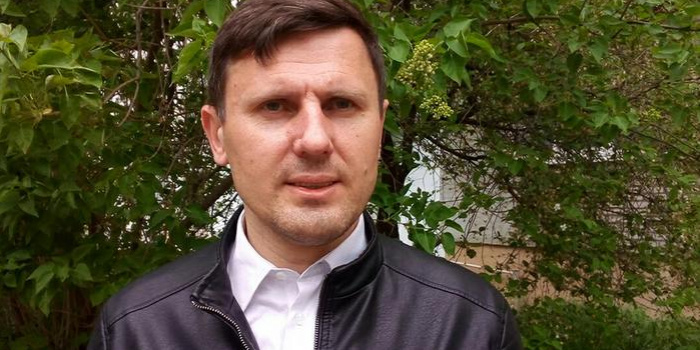 A freelance journalist working for Deutsche Welle (DW) was released on June 1 after spending 20 days in detention in Belarus, the German international broadcaster said, as Radio Free Europe/Radio Liberty reported.

DW quoted Alyaksandr Burakou as saying after his release that police guards in the detention facility where he was being held woke him up "twice a night every night" for checks that involved him getting completely naked.

Similar checks took place during the day, Burakou said, adding that he was also moved to a different cell every day.

The journalist also complained that the guards didn't provide him with a pillow, a blanket, or bed linen, as well as warm clothes or most of the food or personal belongings his relatives had brought him.

DW said Burakou went on a hunger strike, which he had to break off after seven days due to health problems.

Burakou was arrested on May 12 in the town of Mahileu, where he was supposed to report on a trial against an opposition politician, and later sentenced to 20 days in jail for "repeatedly participating in an unsanctioned demonstration within a year." The reporters rejected the charges.

Burakou's arrest and prosecution came amid unprecedented protests against authoritarian ruler Alyaksandr Lukashenka's claim of victory in a disputed presidential election in August 2020. Thousands of people, including dozens of journalists who covered the rallies, have been arrested in a violent crackdown on dissent. Rights groups say there is considerable evidence of torture being used by authorities on detainees.

DW's Director General Peter Limbourg welcomed Burakou's release from detention, but expressed concern that "there are growing concerns that the spiral of state violence against journalists keeps turning.

"It is becoming more and more probable that the regime in Belarus will try to silence the last independent voices in Belarus -- no matter with which means."