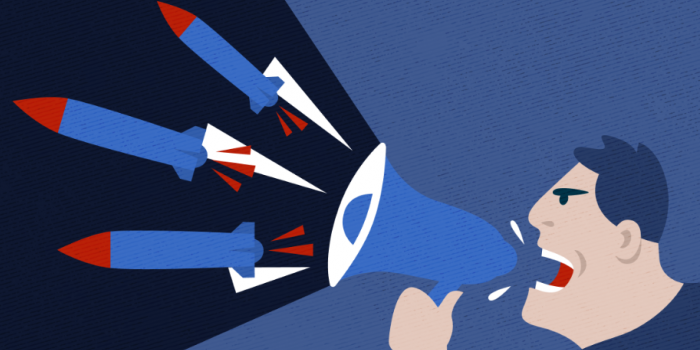 Volunteer initiative for information hygiene "How Not To Turn Into a Vegetable" created a database of russian propagandists and public figures who support the full-scale war against Ukraine and/or have been involved in spreading anti-Ukrainian narratives over the past eight years.

The purpose of creating the database is that russian propagandists and their accomplices should be held responsible for the genocide of the Ukrainian people, in which they participated informationally.

Most of the people represented in the database are russians, as well as several Belarusian journalists, ORDLO representatives and collaborators from Crimea. They are united by participation in the creation and/or dissemination of russian propaganda.

The database also includes some Ukrainian citizens who currently live in the russian federation and have been collaborators at various points: Illya Kiva, Oleksandr Mashchenko, Dmytro Vidrin. They were included in the database due to their actual residence in the aggressor country and active participation in the shaping of anti-Ukrainian and anti-Western rhetoric.

The largest number of propagandists is in the mass media category (628). These include ordinary TV channel employees, correspondents, and article authors (regular columnists) of propaganda media, top management of media holdings. Among the well-known news presenters (such as Maria Sittel and Vladimir Kondratiev) there are also some new faces. For example, Alexander Smol and his "Antifake" program, which is aimed at spreading russian disinformation under the guise of teaching media literacy. And also Vladimir Tabak, who, despite not being a mass media employee, is the head of the internet communications center which works on establishing a digital dialogue between the citizens of russia and the putin government (for example, organizing a joint project with the Ministry of Digital Affairs on the "correct" presentation of information on the Internet).

The body of evidence was formed on the basis of analyzing: public statements, mass media comments, posts on social media pages, and/or participation in propaganda events (concerts, "round tables", etc.). Inclusion in other similar databases, for example, in "putin's List" or "Myrotvorets," was also considered evidence.

The key markers used to identify the persons included in the database:

The so-called liberal russians (Yulia Latynina, Ksenia Sobchak, Ilya Varlamov, Maxim Katz, etc.) were not included in this database. That is, those public figures who position themselves as oppositionists and condemn certain aggressive actions of the russian federation. A separate database is being formed for them, featuring a detailed analysis of each.

The database has been transferred to the NACP which, at the request of the Ministry of Foreign Affairs, is currently analyzing which persons the international partners should impose sanctions on because of their actual participation in the organization of the war. More than 30 volunteers participated in the creation of the database, coordinated by Oksana Moroz and Anna Loza.