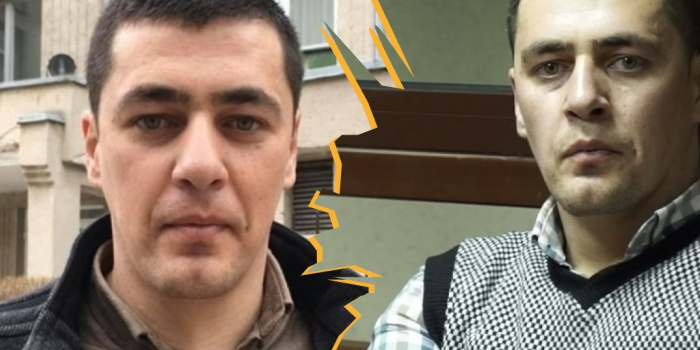 Photo: Representative Office of the President of Ukraine in the ARC on Facebook

Crimea's occupying authorities plan to imprison citizen journalist Amet Suleimanov despite his heart disease, which constitutes an obstacle to keeping him in custody. This was reported by the Representative Office of the President of Ukraine in the Autonomous Republic of Crimea.

The representative office recalled that in 2021, the Southern District Military Court of the Russian Federation illegally sentenced Suleimanov to 12 years in prison for a politically motivated case. Previously, he had been kept under house arrest for three years due to his heart disease.

Currently, Amet Suleimanov is waiting in line for a heart valve transplant. He suffers from arterial and mitral insufficiency.

Moreover, the Representative Office of the President in the ARC notes that even according to the occupiers' law, this disease is included in the list of health conditions that should prevent a person from being held in custody.

According to his wife Lily Lyumanova, imprisonment means death for Amet, as he will certainly receive no necessary medical care there.

The appeal hearing was supposed to take place at a Russian court in Rostov-on-Don on January 16, but the hearing was postponed to February 1.

As the Representative Office of the President in the ARC reminds, following the increase in repression against the Crimean Tatars, activist Amet Suleimanov became a streamer covering unlawful searches, detentions, and occupation trials for "Crimean Solidarity", and has been helping the families of prisoners.

In October 2017, he was detained for filming the occupation security forces near activist Seyran Saliyev's house on his phone. An administrative case against Suleymanov was opened, and he was fined 15 thousand roubles. On March 11, 2020, Amet's house was searched, and the activist himself was arrested.

"The representative office condemns and rejects this unlawful sentence against a Ukrainian citizen, a representative of the indigenous Crimean Tatar people, Amet Suleimanov. We draw the international community's attention to another human rights violation by the occupiers and call for continued pressure on the aggressor state. All political prisoners must be released, and the Crimean peninsula must be de-occupied," the post reads.