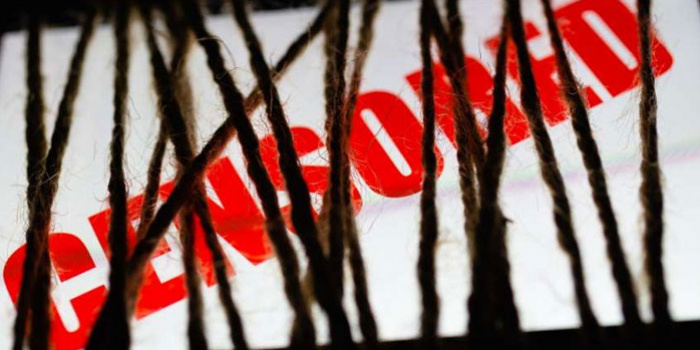 The Committee to protect journalists named 10 the world's most censored countries, The top position in the ranking is to Eritrea, then it followed by North Corea, Turkmenisatn,Saudi Arabia, China, Vietnam, Iran, Equatorial Guinea, Bilorus, Cuba, as the CPJ's report reads.

"In the top three countries--Eritrea, North Korea, and Turkmenistan--the media serves as a mouthpiece of the state, and any independent journalism is conducted from exile. The few foreign journalists permitted to enter are closely monitored,"

Other countries employ several "tactics ranging from imprisonment and repressive laws to surveillance of journalists and restrictions on internet and social media access", "banning or severely restricting independent media and intimidating journalists into silence with imprisonment, digital and physical surveillance, and other forms of harassment. Self-censorship is pervasive".

"Saudi Arabia, China, Vietnam, and Iran are especially adept at practicing these two brands of censorship: jailing and harassing journalists and their families, while also engaging in digital monitoring and censorship of the internet and social media."

"These 10 countries flout the international standard by banning or severely restricting independent media and intimidating journalists into silence with imprisonment, digital and physical surveillance, and other forms of harassment. Self-censorship is pervasive."

The CPJ's list covered only those countries where the government are tightly controlling the media. "The conditions for journalists and press freedom in states such as Syria, Yemen, and Somalia are also extremely difficult, but not necessarily attributable solely to government censorship. Rather, factors like violent conflict, insufficient infrastructure, and the role of non-state actors create conditions that are dangerous for the press".