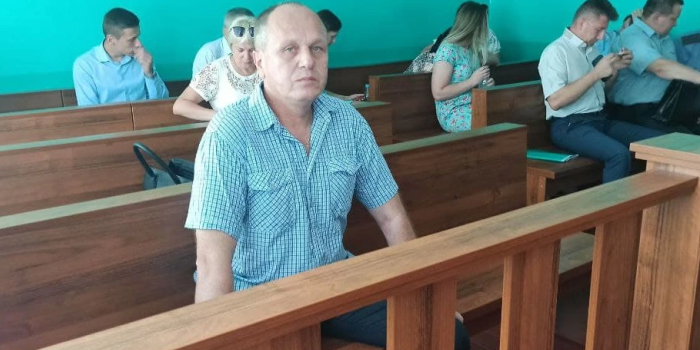 The Committee to Protect Journalists (CPJ) called on Belarus to immediately release journalist Syarhey Hardzievich, who was sentenced to 18 months in prison for insults to Oleksandr Lukashenko and two police officers. This is reported on the CPJ website.

As IMI reported, on August 2, Syarhiy Hardzievich, a ournalist from “Pershy Rehien” edition was sentenced to 1.5 years in prison for insulting self-proclaimed President of Belarus Alexander Lukashenko and two police officers. Serhiy Gordievich, 50, was condemned by the Ivanivsky court,

According to the human rights center "Viasna", he was found guilty under three articles - insult of government officials in connection with the performance of official duties, dissemination of knowingly false and damaging the reputation of another person, data containing accusations of aggravated crime, and public insult to the president of Belarus.

Syarhey Hardzievich pleaded not guilty and refused to testify.