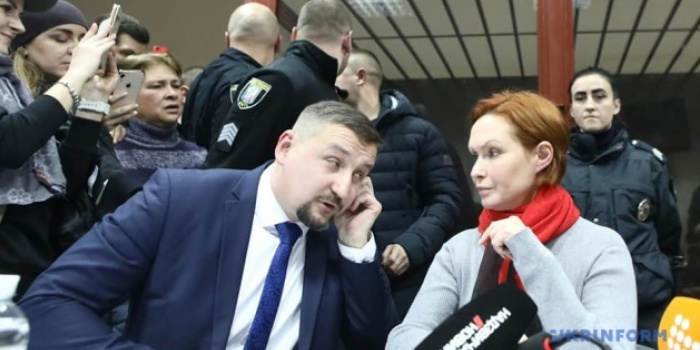 On December 13, the Pechersk District Court of Kyiv suspended considering the case on pre-trial measure for the second suspect in the Sheremet murder case, volunteer and pediatric surgeon at Okhmatdit hospital Yulia Kuzmenko, as Ukrinform reported.

At the beginning of the court hearing, the lawyer filed a recusal of the judge Serhiy Vovk, saying he had prejudice against those involved in Sheremet's case.

For his part, the judge noted that the issue of pre-trial measure of Kuzmenko is suspended until appointment of the judge who would consider his recusal.

The prosecution was intended to require a pre-trial detention measure without the possibility of bail for the suspect Kuzmenko.

IMI reported, the Pechersk District Court of Kyiv decided to place Yana Dugar, hospital nurse and  suspect in the murder of journalist Paul Sheremet under house arrest until February 8, 2020.

On December 13, the Pechersk District Court of Kyiv decided to place Yana Dugar, hospital nurse and  suspect in the murder of journalist Paul Sheremet under house arrest until February 8, 2020.