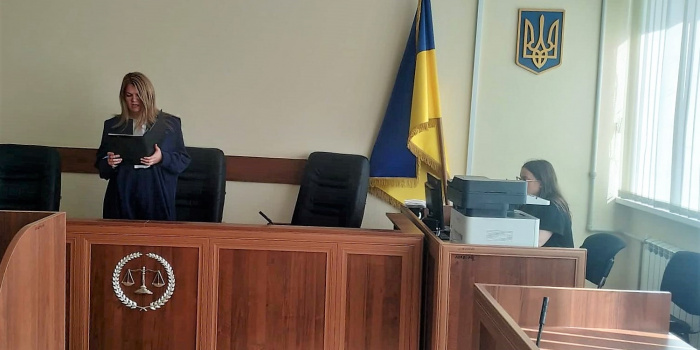 Shevchenkivsky District Court of Kyiv sentenced a 58-year-old resident of the capital to five years in prison, finding him guilty under Part 2 of Art. 436-2 of the Criminal Code of Ukraine "Justification, recognition as lawful, denial of armed aggression of the russian federation against Ukraine, glorification of its participants." However, the court pardoned the Kyiv resident from serving a three-year prison sentence.

The court made such a decision on June 7, "Court Reporter" reports.

The court approved the agreement between the accused and the prosecutor of the Kyiv Regional Prosecutor's Office, according to which the accused pleaded guilty.

According to the verdict, the man "sincerely repents of his actions, critically assesses his criminal behavior, namely by fully admitting his guilt, and has contributed to the exposure of his actions."

Igor Sh. used the Odnoklassniki social network, which is banned in Ukraine, to spread content glorifying the participants in the russian federation's armed aggression against Ukraine.

From his profile, he "disseminated, namely by liking" (clicking "klass") the following content:

"Due to the dissemination of such content on the Odnoklassniki social network by Ihor Sh., at least his 'friends' and other users of the social network who visited his page have seen them," the case file reads.

The crime of which the Kyiv resident was accused is considered a crime of medium gravity, no measure of restraint was has been applied to him.

The convict must also pay UAH 10,948. for procedural costs, i.e. the examination.