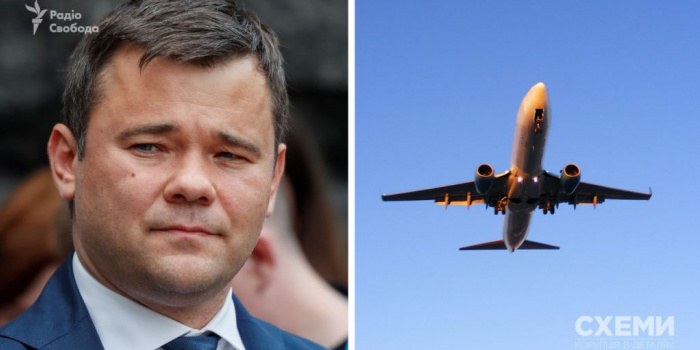 On November 4, Kyiv's Shevchenkivskyi District Court partially upheld a lawsuit filed by the former head of the President's Office, Andriy Bohdan, against journalists of the “Skhemy” (Schemes) investigative program, in which he asked to refute information about the number of his flights to Russia and Belarus. The journalists’ defense counsels will appeal, as Radio Svoboda reported.

“From the beginning of the trial, the court hampered in gathering of appropriate evidence in the case, which demonstrated its lack of interest in establishing the truth," said Anatoliy Popov, a journalist's lawyer.

“Even at the stage of preparatory hearings, the Shevchenkivsky District Court of Kyiv denied our request, in which we asked the court to demand evidence of Andriy Bohdan's flights in accordance with the procedure established by law. It was about flights to Russia and to Belarus, information about which the "Schemes" received from their sources confidentially and published in its program, as the head of the President's Office filed a lawsuit against journalists. The judge in the case, Iryna Frolova, refused to send lawyers inquiries to the official bodies of Ukraine and the Russian Federation, which would help establish the truth within the trial, ”Anatoliy Popov said.

The lawyer noted that the decision of the Shevchenkivsky court had not entered into force and would be appealed agaisnt in the near future.

“It came to the point that the judge ordered the journalists to refute the information that Bohdan himself had confirmed. This is at least surprising. Obviously, such a decision should be reviewed and overturned on appeal. The decision of the first instance has not entered into force, and we will definitely appeal against it, ”Anatoliy Popov said.

It will be recalled that on August 20, 2019, the head of the President's Office Andriy Bohdan filed a libel lawsuit against journalists of “Skhemy” program (N. Sedletska, M. Savchuk, V. Yegoshyna) and NPTU.

Andriy Bogdan requested  that “Schemes” and NPTU journalists refuted untruthful information, in particular, saying that in 2018 - at the beginning of 2019 he crossed the Belarusian air section of the border for 11 times, and since 2014, he would have crossed the Russian border for six times and at Vnukovo airport in Moscow they would have recorded  three his departures.

Also the journalists  with "Skhemy" released report saying that Andriy Bogdan had been member of the government delegation headed by Mykola Azarov, who flew to the talks in St. Petersburg on November 19-20, 2013. The very next day after the return of the delegation from Russia, the Ukrainian government abruptly changed its geopolitical course towards Russia, stopping preparations for Ukraine's signing of an Association Agreement with the European Union. This decision of the government provoked opposition from Ukrainians and resulted in the Revolution of Dignity.

On October 1, 2019, during a preparatory hearing, the judge rejected the motion of the lawyers of “Skhemy” asking the court to demand evidence of Andriy Bohdan's flights to Russia and Belarus.

For their part, journalists believe that the refusal of Judge Iryna Frolova to send inquiries to the official bodies of Ukraine and Russia creates obstacles to establishing the truth within the trial and is far-fetched.