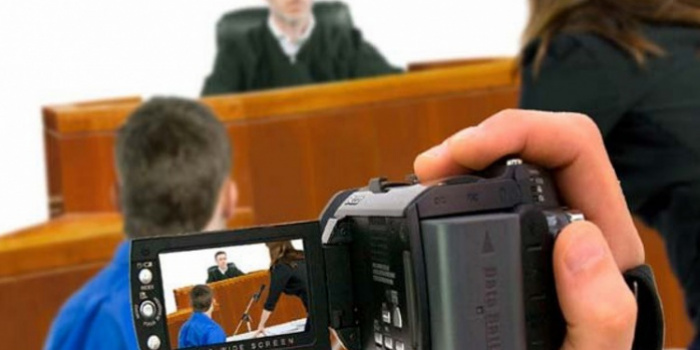 Judge of the Pechersk District Court of Kyiv Svitlana Volkova dismissed the claim against Hromadske filed by a Russian citizen, Umar Abuyev, father of a suspected instigator of murderous attempt against the Kyiv Regional Council deputy Vyacheslav Sobolev. This was reported by Hromadske with reference to its correspondent Victoria Roshchyna, who was involved in the lawsuit as a third party.

Umar Abuyev asked to refute the information published by Hromadske and delete it, emphasizing that it was prejudicial to the reputation of the father, causes him mental suffering and is untruthful.

In particular, it was said that Umar Abuyev's son was a suspect of instigating a murderous attempt on Vyacheslav Sobolev, which resulted in assassination of his three-year-old son. The plaintiff's lawyer, Serhiy Lytvynov, stressed that the journalists did not have access to the case files and had no right to mention the suspect’s last name.

“The plaintiff asks to refute the information that is prejudicial to the honor and dignity, business reputation of Umar Khasanovich Abuev and to delete this report from the website. Because the stated information is not an evaluative judgment, and the controversial information is not true. There are negative perceptions about my son, ”the lawyer said.

At the same time, the lawyer with Hromadske, Oksana Tchaikovsky, stressed that the journalists used their own sources, official information and did not violate the presumption of innocence of Yusup Abuev.

“The defendant disseminated socially important information and presented it within the limits established by Article 10 of the European Convention and Article 34 of the Constitution of Ukraine. Journalists have the right to freely gather information. This story did not contain any accusation or information that would violate the presumption of innocence, ” Tchaikovsky said.

The third party, journalist Viktoriya Roshchyna, who is the author of the article, supported the lawyer and said that she had the right not to disclose her source. In addition, all the information that was voiced in the article has now been officially confirmed by the investigation, in particular that Yusup Abuyev has been suspected of organizing the murderous attempt against Vyacheslav Sobolev.

The journalist also recorded this information during one of the court hearings on the extension of the pre-trial investigation in the case, where Yusup Abuyev's lawyer was present free of charge. The suspect has been currently put on the Ukrainian and international wanted list.

Umar Abuyev did not attend the court hearing despite the previous summons, emphasizing that he avoided crowded places due to the coronavirus pandemic.

After having heard all the parties and examined the written evidence, the judge dismissed the claim of Abuev, announcing only the resolution of the decision. The lawyer Litvinov said that he did not know yet whether he would appeal the decision, as he had to agree on it with his client.