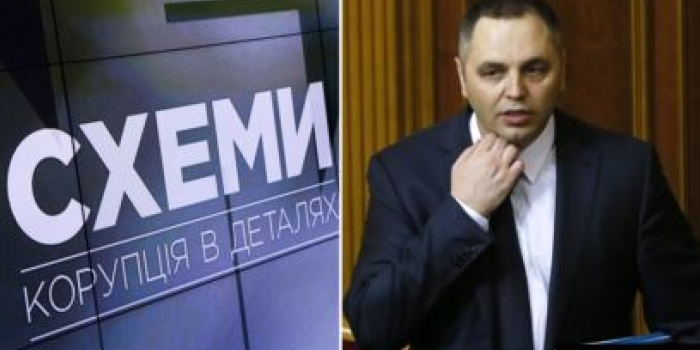 The Council on Press Freedom and Rights of Journalists affiliated to the President condemned pressure onto the journalists with “Schemes” program made by Andriy Portnov. The Committee called him not to use his newly delivered his press card, as Hromadske Radio reported.

“Making public personal data of the media professionals poses threat their life and health, and threatens and pressure are obviously to obstruct professional legitimate journalistic activity. The journalists, investigative journalists are driven by public interest. And public persons have to be conscious and to respect the rights of mass media professionals to focus on issues of possible abuse of power among functionaries due to their non-exposed relationship with politicians, former politicians or businessmen”, as the statement signed by the journalists reads.

IMI reported, on November 18, Andriy Portnov appealed to the Office of the President complaining against the journalists of the investigative program “Schemes: corruption in details”.

On November 7th, the police have launched criminal proceedings due to threats to the journalists with Radio Liberty (“Schemes” program).

On November 3,  “112 Ukraina” came out with premier broadcast of the program "Portnow", hosted by Andriy Portnov. In his Telegram channel, Portnov said that on October 30 he announced his first broadcast and he "became a journalist and anchorman, formally established my documents and got to work".