Correspondent with "Crimean Solidarity" and Gran.ru"detained in Crimea 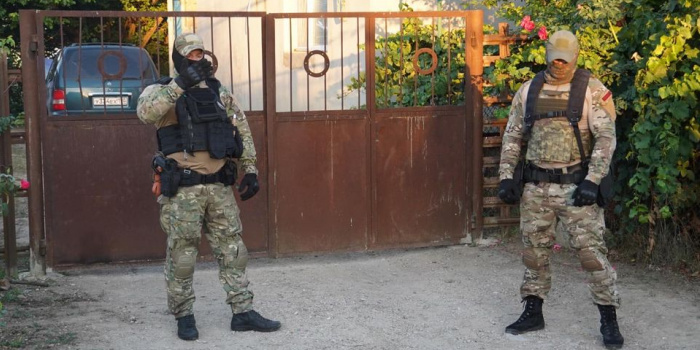 In the occupied Crimea, at Nyzhnyogirske, on August 31, Russian security forces detained Ayder Kadyrov, correspondent for “Crimean Solidarity” and the Grani.ru online newspaper. His domicile was searched, as “Detektor Media” reported.

Security forces also searched other activists with “Crimean Solidarity” Rydvan Umerov (in Sudak), Ayder Ablyakimov (in the village of Sunny Valley) and Enver Topcha (in Sovetsky). They were detained and taken to the FSB headquarters in Simferopol.

On March 11, 2020 in Bakhchisarai and the Bakhchisaray district at least seven houses of the Crimean Tatars were searched, in particular, these ones of the anchorman of ATR TV channel Seitumer Seitumerov, public journalists and streamers of "Crimean Solidarity" Seidamet Mustafayev and Amet Suleymanov and the houses of historian Shukri Seitumerov, activist Rustem Seitmemetov, Ayder Suleymanov and Seitumer Seitumerov.

Amet Suleymanov was accused of allegedly violating Part 2 of Art. 205.5 (participation in the activities of an organization which, in accordance with the legislation of the Russian Federation, is recognized as terrorist) of the Criminal Code of Russia.