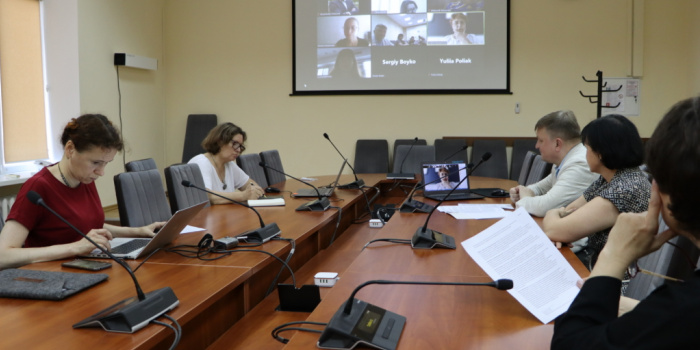 The Community Council at the National Council for Television and Radio Broadcasting adopted recommendations on providing psychological assistance to journalists during the period of wartime psychotraumatization. The recommendations include the media workers' need to periodically check their mental state.

Such recommendations were adopted by the Community Council at its meeting on July 5 and are to be forwarded to the NCTRB for consideration, according to the regulator's website.

The guidelines for journalists explain how they can get help after suffering psychological trauma from wartime events.

The meeding was attended by NCTRB secretary Olena Nitsko. Community Council member, President of the Ukrainian Association of Media Psychologists and Media Educators Lyubov Naidyonova proposed for discussion a draft set of Recommendations on Providing Psychological Assistance to Journalists during the Period of Wartime Psychotraumatization (Prevention of Post-Traumatic Stress Disorders).

"It draws on research and practices that have already been developed in the world to substantiate the need for journalists and other media workers who engage with sensitive content to periodically check their mental state to avoid psychotraumatic disorders," the report states.

Lyubov Naidyonova noted that the broad media community will be able not only to hear these Recommendations, but also to receive the necessary free psychological help on relevant platforms. She also added that she is working on the second part of the Recommendations on covering military events and how to protect journalists from secondary trauma. After finalizing the second part, the draft will be passed over to the members of the Community Council for discussion and approval.

If the draft Recommendations are approved by the NCTRB, their text will be posted on the regulator's website.