Communications officer Maksym Medynskyy, who was defending Ukraine as UAF serviceman, deceased on the frontline 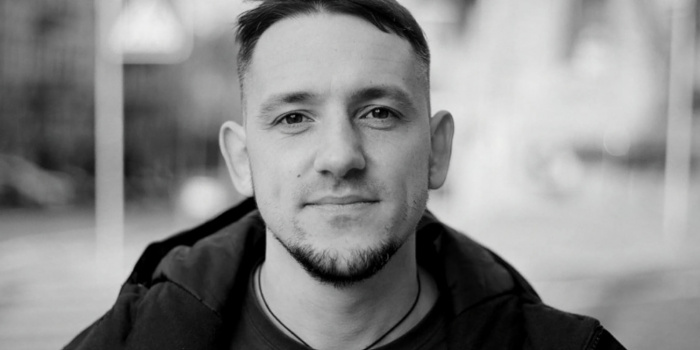 A graduate of the Journalism Institute of the Taras Shevchenko National University, former employee of the Ministry of Infrastructure press office, Lieutenant of the Armed Forces of Ukraine Maksym Medinsky died tragically while defending the country.

Maksym's death was announced on May 6 by his father Serhiy Medynskyy and the Bolhrad City Council.

According to the City Council, Maksym Medinskyy had gone to the frontline in 2014, and had later returned to civilian life. However, in February 2022, he went back into the ranks of the Armed Forces.

Maxim was a native of Bolhrad, Odesa region. He grew up in a military family: his father is a military journalist, and his mother, a teacher by education, is also a servicewoman.

Maksym graduated from high school in Bolhrad, and later from T. H. Shevchenko's Kyiv National University, Faculty of Journalism. He previously worked with various media; namely, before entering the university, he had worked with the "Makhala" online publication.

Shortly before the war, in his interview on February 16, 2022, he told "Zhyteli" publication that he had worked on some projects in the energy industry.

"If active hostilities begin again, I will, of course, go back to war. Absolutely ready to do it at any moment. I will need to figure things out with work, home chores, and so on. It is normal to be afraid, to worry about your relatives too. But you can't not go back. And how else? Who should do it? There is always something to lose. But it is important not only to be afraid of losses, but also to protect your own. Unfortunately, the possibility of escalation is not a one-time situation, but the reality in which we live," he said in February 2022.