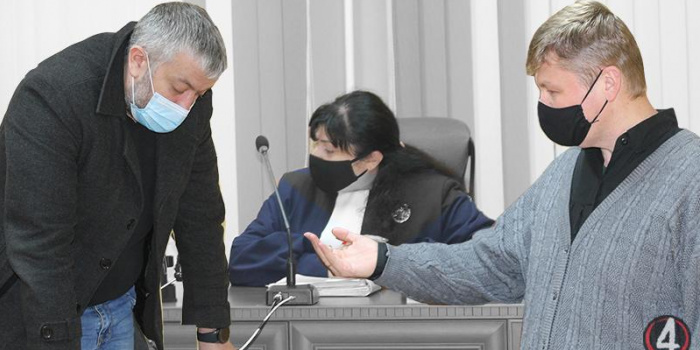 On December 29, the Rivne City Court dismissed claim filed by the former deputy head of the Security Service of Ukraine (SBU) in Rivne region Oleg Nazaruk against journalists of "Fourth Estate", as “Fourth Estate” reported.

Oleg Nazaruk’s claims concerned the material of the "Fourth Estate" "Land rogues of Rivne region: how business does grab tens of hectares thanks to officials."

In addition, the investigation included a video blog by journalist Hanna Kalaur for "Bihus.info", in which she told about who Oleg Nazaruk was, what he did when he worked in public office, as well asabout "disrupted" case of Nazaruk, who was blamed with organizing "amber clique" and corruption.

In his claim, Nazaruk said that story caused much of suffer: "I feel pain, anger and indignation".

"We holdsome information that the NGO" Investigative Journalistic Agency "Fourth Estate" is putting pressure on the judge in this case. For these reasons, we understand why the case is being considered for so long, in violation of the deadlines, "as the lawyer Stanislav Kostyuchenko said.

The agency reported that the lawyer did not provide any evidence of pressure, so the judge denied the motion.

The "Fourth Estate" provided enough evidence in court to support its allegations revealed in the story. The position of the publication was defended in court by the lawyer of the Institute for Regional Press Development Vira Krat.

The judge Natalia Kuchyna dismissed the claim from Oleg Nazaruk. The full court decision must be ready within 10 days.

From the moment of receipt of the full decision the plaintiff can challenge it in appellate court.