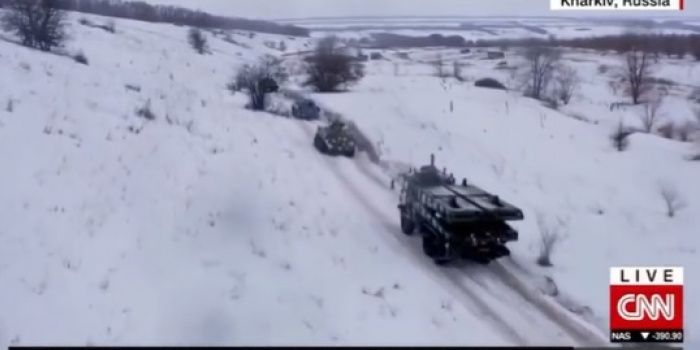 CNN designated the Ukrainian city of Kharkiv as the territory of Russia. Relevant screenshots were published on Twitter, as Hromadske Radio reported.

The story spoke of aggravation of the situation on the Ukrainian border and Russian drills of the Southern military district.

The video lasted 20 seconds, and in the upper right corner was the geotag "Kharkiv, Russia".

The TV channel has not yet commented on this error.

We will remind that earlier the president Volodymyr Zelensky went public and spoke of  threat of occupation of Kharkiv by the armed forces of Russia. In response, the Kharkiv Mayor Ihor Terekhov asked residents not to panic and said that Kharkiv, like all of Ukraine, would repel the Russians. The SBU assured that the Kharkiv region is ready for emergencies, the enemy will be in for a "surprise".