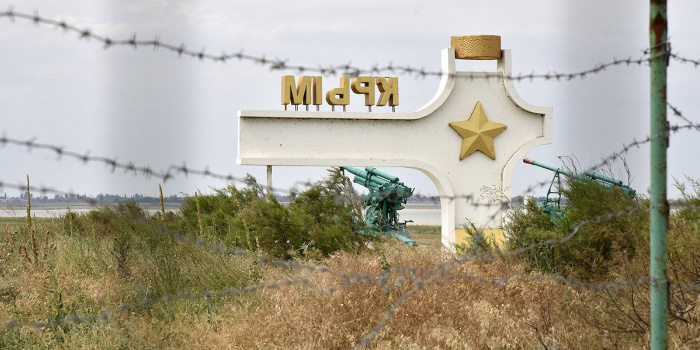 Ukrainian human rights and mass media organizations demanded from Russia to cease persecution of independent journalists in Crimea and lift the entry ban. They urged the authorities of Ukraine to open criminal proceedings due to illegitimate ban to entry for the journalist Taras Ibrahimov.

They said it in the statement which follows.

“With such acts Russian Federation, the occupant-state, is trying to turn Crimea into an “information ghetto” and to take away the opportunity to work there from the very few freelancers who, despite risks and threats, continued traveling to the occupied peninsula. This is a breach of Article 10 of the European Convention for the Protection of Human Rights and Fundamental Freedoms and of Article 2 of the Protocol 4 to the Convention.

Hence we demand from Russian Federation:

To stop persecuting independent journalists in Crimea, cancel the entry bans and provide unrestricted access to Crimea to Ukrainian journalists, so that they can freely do their work.

Call upon the bodies of the Government of Ukraine to:

Initiate a criminal prosecution of the fact of unlawful prohibition to enter Crimea for journalist Taras Ibragimov as well as of all other facts of interference in independent journalistic activity and of gross human rights violations in occupied Crimea.

We appeal to the international organizations and to the governmentns of democratic countries and ask to:

Condemn Russian Federation’s acts of issuing entry bans for Ukrainian journalists and to demand ending interference in activities of independent media in Crimea.

Strengthen the pressure on Russian authorities aimed at stopping of the persecution of journalists, bloggers and activists.

Introduce personal sanctions against individuals, responsible for gross violations of human rights in occupied Crimea and for interference in professional activity of journalists.

Strengthen sectoral sanctions against Russian Federation for the systematic gross violations of human rights in occupied Crimea, among them violations of the freedom of expression”.