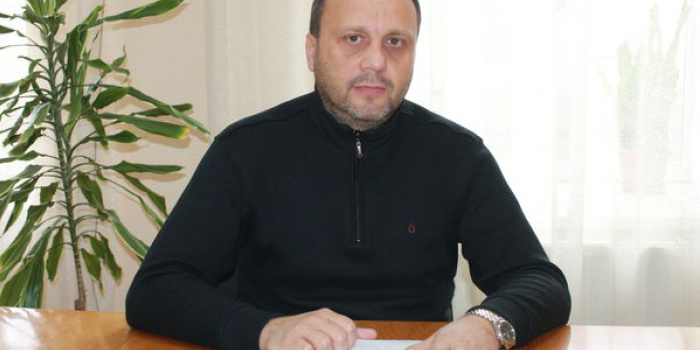 Deputy of the Oleksandria City Council (Kirovohrad oblast) Hennadiy Lotsman has been notified of suspicion for intentionally causing bodily harm to "Texty. Oleksandria" journalist Viktor Holoborodko while the latter was performing his professional activities in October 2019, reports Novy Hromadyanyn.

The Kirovohrad Regional Prosecutor's Office confirmed that the deputy had received a suspicion notice in a comment to the regional IMI representative.

The deputy has been notified of suspicion for committing a crime under Part 2 of Article 345-1 (threats or violence against a journalist) of the Criminal Code. The sanction of the article provides for punishment in the form of imprisonment or restriction of freedom for a term of up to 5 years.

We remind you that on October 23, 2019, a Kirovohrad Regional Council member, head of the Department of Housing, Urban Planning and Architecture of the Oleksandria City Council Hennadiy Lotsman attacked local journalist, "Texty. Oleksandria" editor Viktor Holoborodko, pushed him, and tried to knock the camera out of his hands.

On October 24, the journalist filed a complaint with the police. The police started a pre-trial investigation in criminal case under Part 1 of Article 125 (inflicting minor bodily harm) and Part 1 of Article 171 (obstructing the legal professional activities of journalists) of the Criminal Code.

However, the investigation closed the case on February 17, 2020, because "the act did not constitute a criminal offence." The journalist did not receive a copy of the investigator's resolution before April 28, 2020, when he filed a request. Viktor Holoborodko contested the investigator's decision to close the case in the Oleksandria City District Court of Kirovohrad oblast, and demanded that the criminal proceedings are resumed.

The police resumed the proceedings on June 25, 2020, this time under Part 1 of Article 125 (deliberate infliction of minor bodily harm). Only on January 26, 2021, did the case receive a new qualification – Part 2 of Article 345-1 (threats or violence against a journalist) of the Criminal Code.

The investigation was only completed in 2022, and on August 24, the law enforcement officers notified deputy Hennadiy Lotsman of suspicion for deliberately inflicting bodily harm on the journalist.

In his comment to the IMI representative, Viktor Holoborodko said that he plans to face the attacker in the court room. "The case has been ongoing for a very long time. There have been delays, closings, appeals... However, I am satisfied that the suspicion has finally been announced and I hope that the case will finally be brought to court," the journalist summarized.