China surveillance of journalists to use 'traffic-light' system - BBC 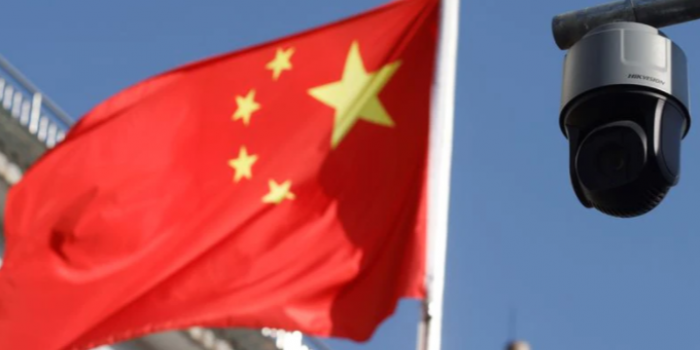 The Chinese province of Henan is building a surveillance system with face-scanning technology that can detect journalists and other "people of concern", as BBC reported.

Documents seen by BBC News describe a system that classifies journalists into a "traffic-light" system - green, amber and red.

Journalists in the "red" category would be "dealt with accordingly", they say.

The Henan Public Security Bureau has not responded to a request for comment.

The documents, discovered by the surveillance analyst firm IPVM, also outline plans to surveil other "people of concern", including foreign students and migrant women.

Human Rights Watch said: "This is not a government that needs more power to track more people... especially those who might be trying to peacefully hold it accountable."

The documents, published on 29 July, are part of a tendering process, encouraging Chinese companies to bid for a contract to build the new system, won, on 17 September, by NeuSoft.

NeuSoft has not responded to BBC News request for comment.

The system includes facial-recognition technology linked to thousands of cameras in Henan, to alert authorities when a "person of concern" is located.

"People of concern" would be categorised into "thematic libraries" - in an already existing database of information about and images of people in the province.

The system would also connect with China's national database.

One of the groups of interest to the Henan Public Security Bureau is journalists, including foreign journalists.

"The preliminary proposal is to classify key concerned journalists into three levels," the documents say.

"People marked in red are the key concern.

"The second level, marked in yellow, are people of general concern.

"Level three, marked in green - are for journalists who aren't harmful."

And an alert would be triggered as soon as "journalists of concern", marked as "red" - or "yellow", if they had previous criminal charges - booked a ticket to travel into the province.

"The safety assessment is made by focusing on the daily attendance of foreign students, exam results, whether they come from key countries, and school-discipline compliance," the documents say.

The schools themselves would need to notify the authorities of students with security concerns.

And those considered to be of concern would be tracked.

During politically sensitive periods, such as the annual meeting of the National People's Congress, "a wartime alarm mechanism" would be activated and tracking of "key concern" students stepped up, including tracking their cell phones.

The documents outline a desire for the system to contain information taken from:

It should also focus on "stranded women", or non-Chinese migrant women who do not have the right to live in China.

A large number of women enter China to find work.

Others have been trafficked from neighbouring countries.

And the system would "dock" with the National Immigration Bureau, the Ministry of Public Security and Henan police, among others.

The documents were published around the time the Chinese government criticised foreign media outlets for their coverage of the Henan floods.

"These documents shed light on what China's public-security officials want from mass surveillance."

China's facial-recognition system is thought to already be in use across the country.

And last year, the Washington Post reported Huawei had tested artificial-intelligence software that could recognise people belonging to the Uighur ethnic minority and alert police.

Human Rights Watch's China director Sophie Richardson said: "The goal is chilling, ensuring that everyone knows they can and will be monitored - and that they never know what might trigger hostile interest."