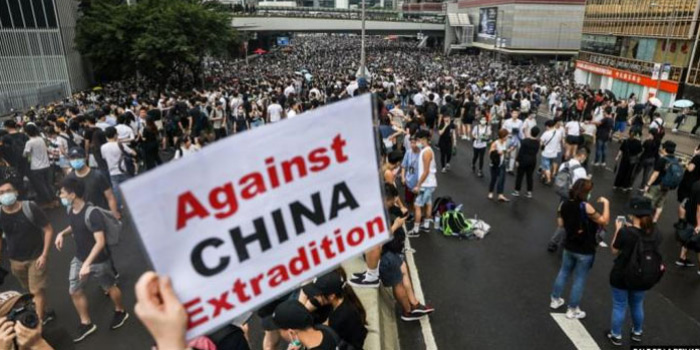 State edition China Daily claimed that the foreign forces and US namely were behind Hong Kong riots, as to Radio Svoboda. “Hong Kong is an inseparable part of China (…),” the daily said. The China’s daily qualified protests as “result of foreign interference” and called HK to “stop trying the patience of the central government”. The protesters “should know they are being led into a dark tunnel with no opening”, they said.

Meanwhile, the protest went on today. Hundreds of uniformed school students formed human chains in districts across Hong Kong on Monday in support of anti-government protesters, as Reuters reported.

Three months of protests over a now withdrawn extradition bill have evolved into a broader backlash against the government and greater calls for democracy. Police said they had arrested 157 people over the previous three days, including 125 males and 32 females aged 14 to 63, bringing the total number of arrests to more than 1,300.