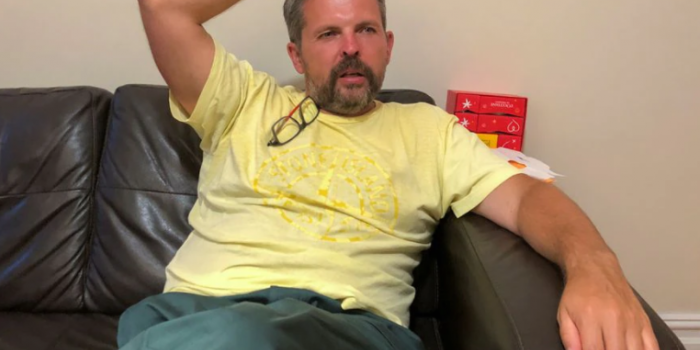 The chief editor of The Project investigative news outlet has left Russia with no plans to return and is trying to evacuate his staff after the group was declared an "undesirable" organization by the Prosecutor-General's Office in Moscow, as Radio Free Europe/Radio Liberty reported.

The U.S.-registered media outlet has published a series of well-researched, unflattering, and sometimes embarrassing investigations into Russia's ruling elite.

Roman Badanin told Reuters in an interview in New York that was published on July 29 that he had no plans to return to Russia in the foreseeable future because he may face criminal prosecution and imprisonment for up to six years under the country's controversial 2015 law on "undesirable organizations."

The "undesirable" organization law, adopted in May 2015 and since updated, was part of a series of regulations pushed by the Kremlin which squeezed many nonprofit and nongovernmental organizations that received funding from foreign sources -- mainly from Europe and the United States.

Badanin said he and his family are in New York temporarily and he does not know where exactly he will settle.

He was on holiday with his wife and children abroad when The Project was labelled "undesirable" and the outlet's offices were searched on July 15. He said he decided on the spot not to return to Russia.

The mid-July raids were seen as part of a wider crackdown ahead of parliamentary elections in September on media that authorities view as hostile and foreign-backed.

According to Badanin, he and his colleagues were also exposed due to a criminal investigation into alleged slander by The Project as well as a push by authorities to label some journalists, including Badanin and his colleagues, as "foreign agents."

Russia’s controversial "foreign agent" legislation was adopted in 2012 and has been modified repeatedly. It requires nongovernmental organizations that receive foreign assistance and that the government deems to be engaged in political activity to be registered, to identify themselves as "foreign agents," and to submit to audits.Last month, police in Moscow carried out searches at the homes of Badanin and other colleagues from The Project hours after it published a report questioning how Interior Minister Vladimir Kolokoltsev and his relatives acquired their wealth.

The journalists' lawyers said later that the searches were linked to a lawsuit filed by businessman Ilya Traber, who accuses The Project of slander.

"We are trying to evacuate staff -- if the staff members agree, of course -- to nearby countries," Badanin said.

He added that his deputy, Mikhail Rubin, is also in New York and has no plans to return to Moscow.

Badanin said The Project would continue to function in some form, although details of how that would work in practice remain unclear.

"The main difference is that a large part of the team will be out of Russia in order to avoid the possibility of any legal and extra-legal action against them," Badanin said.