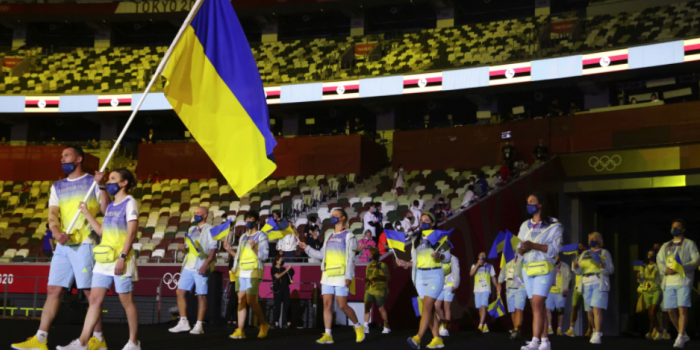 A South Korean broadcaster has apologised after using offensive images to depict several countries during the opening ceremony of the Olympics on Friday, as The Guardian reported.

MBC displayed photos and facts about each country as athletes walked out during the parade of nations. Most of them varied from inane to odd: Great Britain’s athletes were accompanied by a photo of the Queen, and El Salvador, where the cryptocurrency is legal tender, was summed up by a bitcoin symbol.

Others offered basic stereotypes. MBC used a photo of Dracula for Romania, pizza for Italy and salmon for Norway.

However, there were others that drew criticism. When Ukraine’s athletes walked out MBC flashed up an image of the Chernobyl disaster, which is considered the worst nuclear accident in history and devastated large parts of the surrounding area. The Marshall Islands were described as “once a nuclear test site for the United States”.

Haiti’s athletes, meanwhile, were accompanied by photos of men protesting in front of an explosion and the words “the political situation is fogged by the assassination of the president”. Jovenel Moïse, the president of Haiti, was killed at his home earlier this month.

Rather than concentrating on Syria’s rich culture and historic sites, MBC said it was known for “underground resources; a civil war that has been going on for 10 years”.

After backlash on social media, the broadcaster issued an apology. “Inappropriate images and captions were used to introduce some stories,” said MBC in a statement. “We apologized to those countries including Ukraine and our viewers.”

The opening ceremony was a more subdued event than usual with spectators absent from the stadium due to Covid-19 restrictions. The Japanese tennis star Naomi Osaka lit the Olympic cauldron to start the Games.