Channel 4 has new co-owner and director 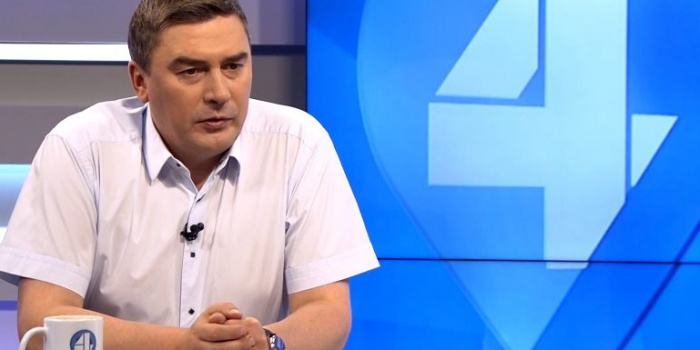 Dmytro Dobrodomov became a co-owner and director of Channel 4 (Television and radio company “Interradio” LLC), as this is said on the channel's Facebook page.

Dmytro Dobrodomov got 50% of the share capital, previously owned by Andriy Kisera. The remaining 50% of the company is held by Andriy Mysyk. Dmitry Dobrodomov also became director of the TV channel. His predecessor Yaroslav Zadorozhny took position of deputy director.

According to Dobrodomov, the TV channel plans to multiply the author's programs, "fully preserving the current editorial policy, this is absolutely stark Ukrainian broadcaster!"

“We not only remain the most open and the only news platform equidistant from all political forces, but we are also intensifying the popularization of Ukrainian-language patriotic content. We know very well that our independent and principled journalistic position is very disliked by both the government and all sorts of "oppositions". We have already faced attacks by some politicians who demand that government agencies impose sanctions on Channel 4. Despite this, we will continue to call the developments in Ukraine by their names, ”he said.

As the”Detektor Media” reported, the channel's funds might be related to one of the influence groups in the OPFL. In order to confirm this version with an indirect evidence, “Detektor Media” referred to Dobrodomov's regular invitations to the programs of Inter TV channel in 2015-2019.

Channel 4 denied this information, stating that as of the beginning of February 2021, the TV channel had only two investors : Andriy Mysyk and Andriy Kisera.

Dmytro Dobrodomov is a former journalist and MP from the Petro Poroshenko Bloc.

He headed the Lviv newspaper “Informator”, and since 2010 he ran the ZIK TV channel (then still regional), which belonged to businessman Petro Dyminsky.

In 2013, he founded and headed the “People's Control” Party. Andriy Mysyk, one of the co-owners of Channel 4, is a member of the party's political council and chairman of the executive committee of the All-Ukrainian People's Control Public Movement . The former co-owner, Andriy Kisera, and the director of the 4th channel Yaroslav Zadorozhny were also members of the political council of the “People's Control”, but now they are not listed on the party's website. Kisera had previously worked with Dmitry Dobrodomov as top manager of ZIK TV channel.

On December 14, 2017, the National Council on Television and Radio Broadcasting renewed the license of the RTI TV channel (“Interradio” LLC), approving the change of owners and related parties.

On March 15, 2019, the National Council on Television and Radio Broadcasting approved the change of the channel's logo .