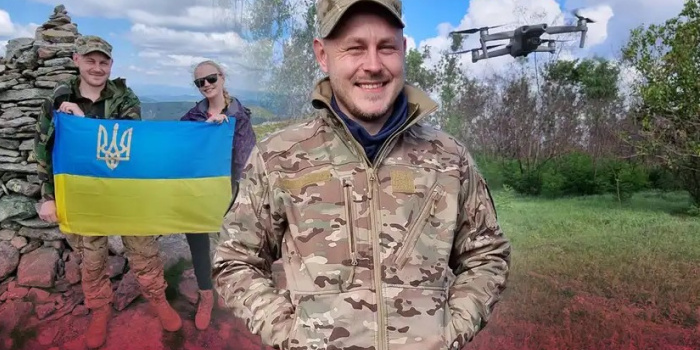 Channel 24 begins crowdfunding for a DJI Mavic drone for their "Techno" section journalist Vyacheslav Zhurba and his crew, who are defending Ukraine in Donetsk oblast. This is announced on the channel's website.

According to the channel, Zhurba volunteered to go to the frontline right at the start of the full-scale invasion. Now he serves in a brigade that repels enemy attacks on the Donetsk axis, where action is one of the hottest.

The crowdfunding campaign was initiated by the journalist's wife, head of the channel's "Lifestyle" department Ulyana Zhurba. Ulyana recalls that with the beginning of the full-scale invasion, Slavik, his father and one of his brothers voluntarily went to the front line.

"For eight months now, instead of holding his wife, our colleague has been holding a weapon tight, and instead of a warm bed, he has been spending the night in the trenches, bringing our victory closer," the channel notes.

In addition to the drone, the crew needs a UTactic DronePack drone shoulder bag and three to four spare batteries.

Buying all they need will cost UAH 150 thousand. You can join the crowdfunding by clicking the link to the Monobank jar, or by making a transfer to the following Privatbank card: 5168 7554 2805 3447.

The channel reminds that earlier, thanks to their readers, they successfully raised money for a car for a UAF unit which had lost part of its equipment in the battles.