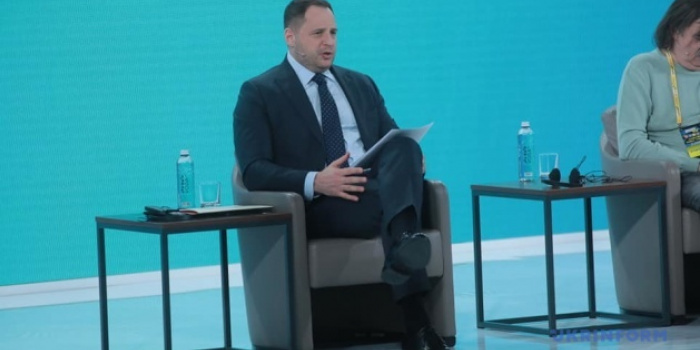 Ukrinform
The international center for countering disinformation will start operating in Ukraine in the coming days, Head of the Ukrainian President’s Office Andriy Yermak has said, as Ukrinform reported.

"No one has been the object of such widespread disinformation, which has been taking place in Ukraine in recent years. It’s no coincidence that last summer President Zelensky initiated the creation of an international center for countering disinformation in Ukraine. To implement this President's order and instruction, such an international center will begin its work in the near future, even in the coming days. It will be established on the basis of the National Security and Defense Council,” Yermak said during the All-Ukrainian Forum “Ukraine 30. Culture. Media. Tourism”, an Ukrinform correspondent reports.

The head of the President’s Office assured that the center will not be political, and the President will exercise the necessary control over its activities.

"I am sure that such a center will start its work next week," he said.

As reported, the Center for Countering Disinformation is to start operating in Ukraine in March. It is planned that the Center will help effectively identify manipulations and fakes disseminated by the aggressor country.