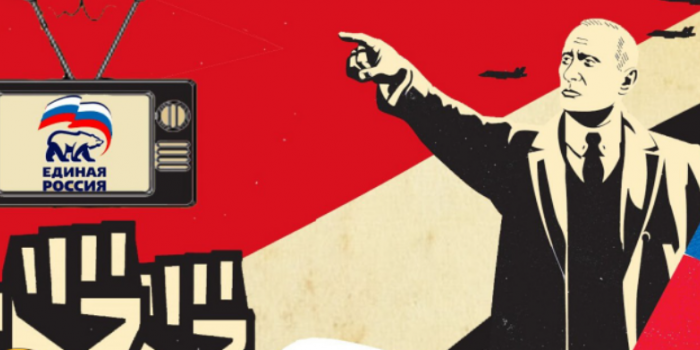 The Chief Direcrorate of Intelligence of the Ministry of Defense of Ukraine reportes that russia is trying to attract foreign media to the temporarily occupied Ukrainian territories to create fakes.

According to the military intelligence of Ukraine, the Department of Information and Mass Communications of the Ministry of Defense of the russian federation is urgently preparing a press tour for foreign journalists in the temporarily occupied territories of Ukraine.

According to the CDI, the occupiers plan to show the media the destroyed areas of Mariupol between May 18 and 21.

To accuse Ukraine of destroying the city and massacring civilians, russian propagandists have already brought fragments of Ukrainian ammunition collected from all the occupied areas of Donetsk region to Mariupol, and are preparing 'local eyewitnesses' brought from Donetsk and Horlivka to tell journalists about the 'crimes' of Mariupol defenders," the military intelligence service notes.

It is noted that the so-called "press tour" also involves the group of journalists setting off from Rostov-on-Don and visiting Kherson, Nova Kakhovka, Skadovsk, Armyansk and Donetsk, where a meeting with kremlin puppet D. Pushilin is scheduled.

The russian Ministry of Defense is trying to bring media representatives from France, the United States, Germany, Japan, Greece, China, Belarus, India, Venezuela, Bulgaria and the UAE to participate in the "press tour."

"We warn foreign journalists about the plans of the aggressor's propagandists to make them accomplices in the creation of fake news and remind them of criminal liability for illegal crossing of Ukraine's state border and entry into the territory of an independent state," noted the CDI.