Car of journalist with Radio Liberty burnt in Lviv 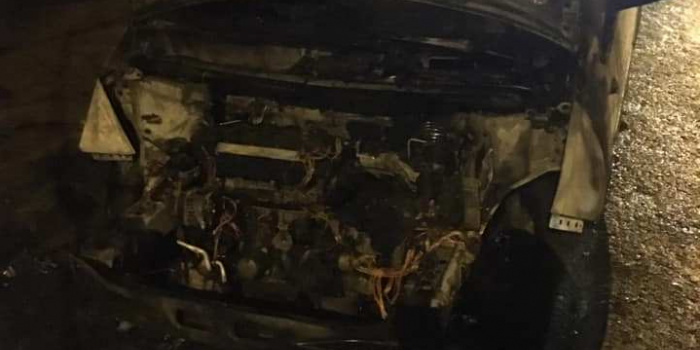 At midnight on January 30, the car belonging to Radio Svoboda journalist Galyna Tereshchuk was set on fire in Lviv, as Radio Svoboda reported.

No one was injured as a result of the arson. According to witnesses, a man with acovered face approached the car, put plastic bags under the windscreen wipers, set them on fire and fled.

Other cars were parked close the burning car, but the fire did not spill over. Firefighters extinguished it. The car is destroyed.

The journalist appealed to the police. Investigation is now underway and police are investigating various scenarios. Galyna Tereshchuk rejected household versions that could have incited someone to commit the crime.

The journalist noted in a comment to the newspaper "Your city" , that she had no idea who, why and what for committed arson of her car.

“I definitely do not relate it to any land, property, household, social and other private affairs, because I do not have one. It cannot be some kind of revenge. I flatly reject it. There were also no publications with insultes of some precise people, this is not envisageable on Radio Liberty, so it has to be rejected, ” she said.

Galyna Tereshchuk also added that she had not been threatened anyhow, she had got neither calls, nor messages like that.

“I wish to know myself what it is done for, what its purpose was. I hope the police and the SBU will help and I will have the answers to these questions, ”she said.

Galina Tereshchuk's husband, also journalist, Vasily Tereshchuk, said on his Facebook page that he linked the arson to the professional activities: “We are journalists. The only thing we have, is our job. This is an attack against us and freedom of speech in Ukraine," he said.