Car of journalist in Cherkasy doused with some unknown liquid 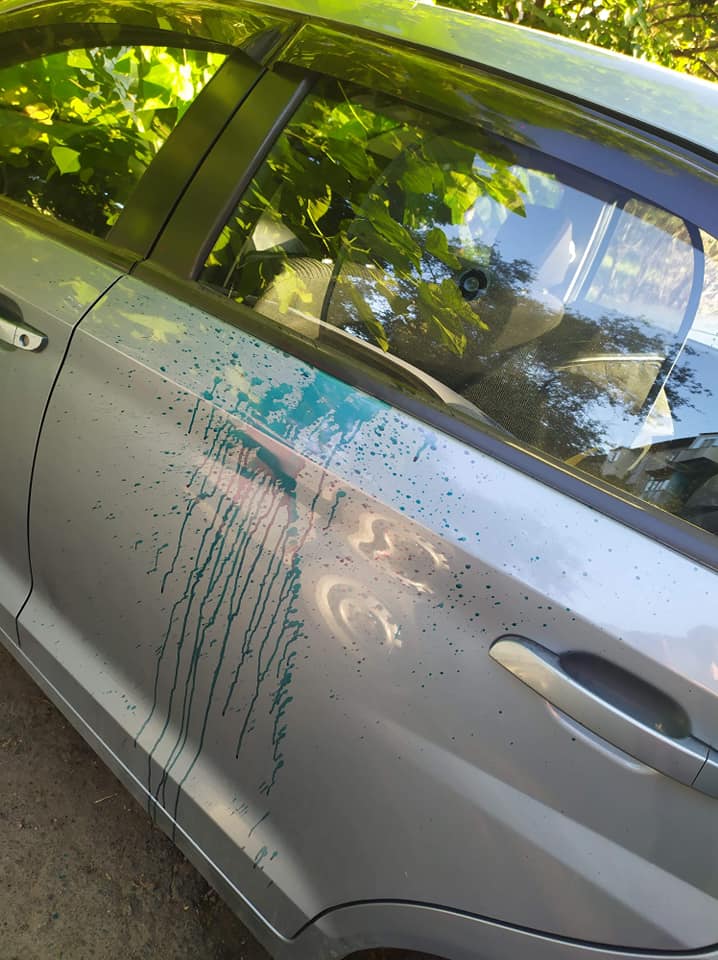 On the night of August 4, unknown persons doused a car of Oleksander Nosenko, journalist with the Cherkasy newspaper Pro Vse, with a green liquid. He told it the representative of IMI in the Cherkassy region.

The police opened a criminal case under the article "Hooliganism", but Alexander is convinced that the cause of the incident was his professional activity.

For a long time, the journalist has been working on a series of investigations into various sensible issues and facts in the Matusivka United Territorial Community) in the Shpola district. The reason for the first of the investigations was the prosecutor's office's report that Matusivska community was going to to sell hydraulic engineering installations of the village pond at a reduced price, notwithstanding the fact it was banned to privatize it.

"After his publication, the head of the community, Vasyl Kolisnyk, called me a liar and a pseudo-journalist," Oleksandr told an IMI spokesman, but local residents reported him other facts of misappropriation. So later, he published another story in which the community residents complained about some illegal land activity. After the intervention of journalists, the prosecutor's office opened a criminal case in this case.

According to Oleksander, it happened about a week before his car incident. "Even before that, I got several “greetings” from some locals," the journalist said.

On the morning of August 4, his wife noticed a car drenched in an unknown liquid, most likely brilliant green.

"I reject any everyday quarrels or disputes over parking because the parking lot has been agreed, and I have not had any other conflicts, for example with neighbors," the journalist said.

The journalist later learned that the proceedings in his case had been closed for lack of corpus delicti. Police investigators did not take into account the publications, which the journalist considered one of the most probable causes of the incident.

However, Oleksander later reported that the State of Emergency had found that the decision to close the proceedings was premature.

“My colleagues asked about my case at the police press conference, and actually asked about its closure. In response, the head of the investigation department apologized for the actions of his subordinates and later the decision to close the proceedings was revoked, ”the journalist said.

"Honestly, I have little faith that things progress. Because, as far as I know, the investigators did not interview the party I am pointing to, instead, for example, they interviewed my relatives, including my father-in-law, who generally lives in another region, ”Oleksander said, adding that he was going to investigate and cover some more sensible issues involving the same community.