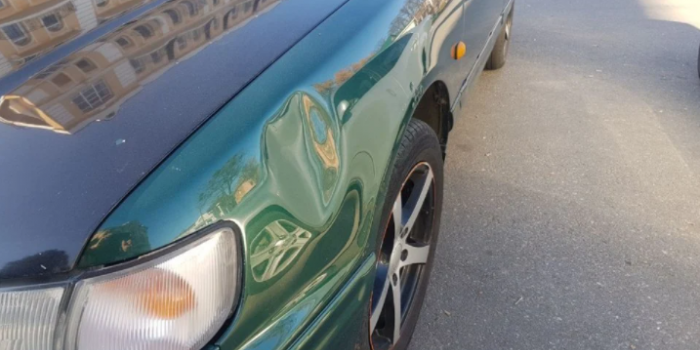 Poltava online edition”Ostanniy bastion” (The Last Bastion) reported that someone had damaged the car of the cameraman Heorhy Stefanovych. As to the editorial board, the incident was due to his journalistic activity. This was reported on the website of the "Ostanniy Bastion".

According to the edition, three unknown people damaged the car on the evening of October 28.

“The editorial board explains this incident with the journalistic activity of the victim. In particular, with the recent investigations of violations committed by the leadership of the Poltava Regional Institute of Postgraduate Pedagogical Education named after MV Ostrogradsky (PRIPPE). The cameraman was working on stories about the eventual unlawful activities of the director of POIPPO Vitaliy Zelyuk and regarding the Poltava State Agrarian University,” the editorial office reported.

According to what the National Police of Poltava region told the regional representative of IMI in the region, police came to the scene and the case was reported to the police by the editor-in-chief Hennady Sikalov.

But the police was not informed of a damaged car, as the spokesman of the police in Poltava region Yuriy Sulayev and Natalia Kostylyova, a spokeswoman for the Poltava patrol police told.

Instead, Natalia Kostylyova said, a complaint was lodged by journalist Ihor Lyadsky regarding the obstruction by the PRIPPE administration. According to the patrol police spokeswoman, the complaint was received from the journalist on October 28.

In a comment to an IMI representative, Ihor Lyadskyi said that he had indeed filed a complaint about obstruction of journalistic activity when preparing material on the Institute of postgraduate pedagogical education.

“The applicant stated that at around 9.30 am on 26 October the administration of the Ostrogradsky Institute of Postgraduate Education had made obstruction to his journalistic investigation. They were not allowed to enter the institute, they demanded from him to present his COVID certificate. After arrival to the scene, the circumstances have been established, afterwards an investigative task force was called, they are engaged in establishing the circumstances of the case, "Natalia Kostylyova said.