California laws seek to crack down on deepfakes 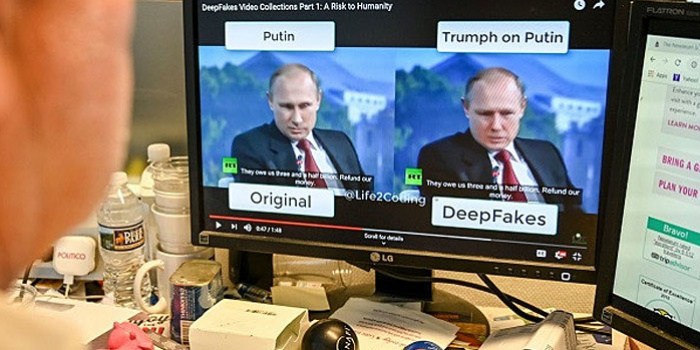 California Gov. Gavin Newsom on Thursday signed AB 730, which makes it illegal to distribute manipulated videos that aim to discredit a political candidate and deceive voters within 60 days of an election. He also signed AB 602, which gives Californians the right to sue someone who creates deepfakes that place them in pornographic material without consent.

Deepfakes are video forgeries that make people appear to do or say things they didn't. They use a malicious kind of facial recognition that can be used to mash up identity so well you don't even question its truth. Deepfake software has been used to graft the faces of women -- celebrities like Scarlett Johansson as well as everyday people with photos online -- onto graphic pornography.

Deepfakes also gained attention earlier this year after videos of House Speaker Nancy Pelosi, doctored to make it appear she was drunkenly slurring words during a speech, spread on social media. California Assemblymember Marc Berman, who authored AB730 and AB 602, said deepfakes and altered videos like the one of Pelosi can mislead voters and disrupt elections.

"Voters have a right to know when video, audio, and images that they are being shown, to try to influence their vote in an upcoming election, have been manipulated and do not represent reality," Berman said in a release. "In the context of elections, the ability to attribute speech or conduct to a candidate that is false – that never happened – makes deepfake technology a powerful and dangerous new tool in the arsenal of those who want to wage misinformation campaigns to confuse voters."