“Bukvy” claimed MP from “Servant of the People” threatened its photographer 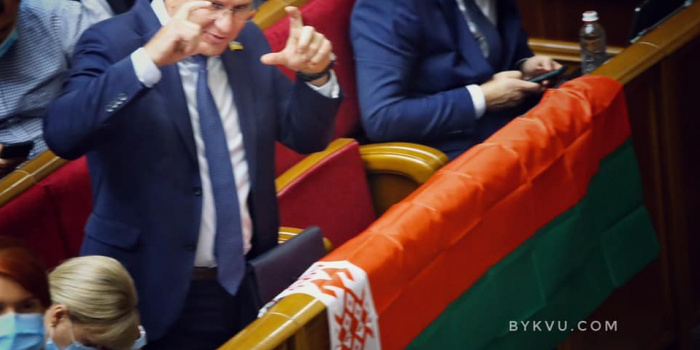 On September 1, Yevhen Shevchenko, MP from the “Servants of the People” party, threatened Yan Dobronosov, photo correspondent for “Bukvy” web-based edition, on a Facebook because of a photo taken at a parliamentary session, as Bukvy reported.

The journalists attended the session and, as traditionally, they took pictures and filmed the parliamentary sitting.

The MP from the “Servant of the People” party Yevhen Shevchenko, among others, was caught on camera by photojournalist Yan Dobronosov. 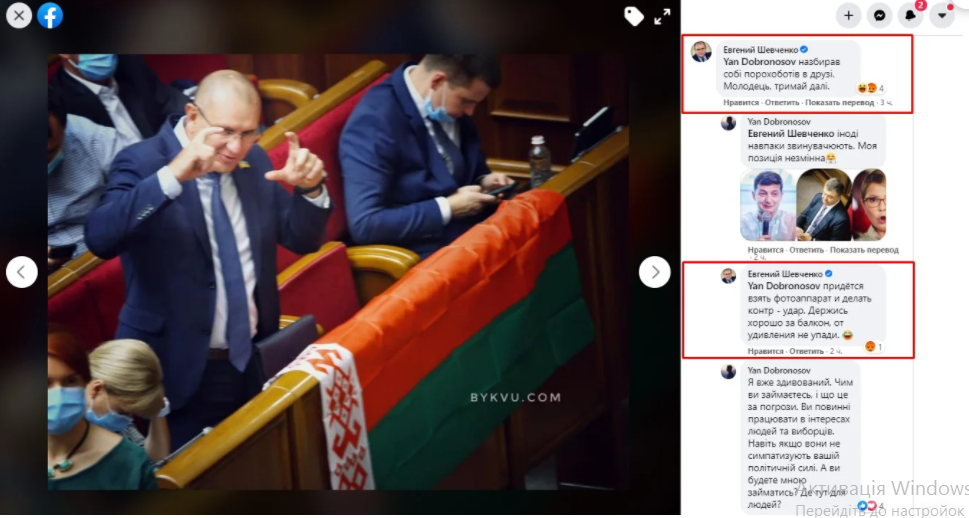 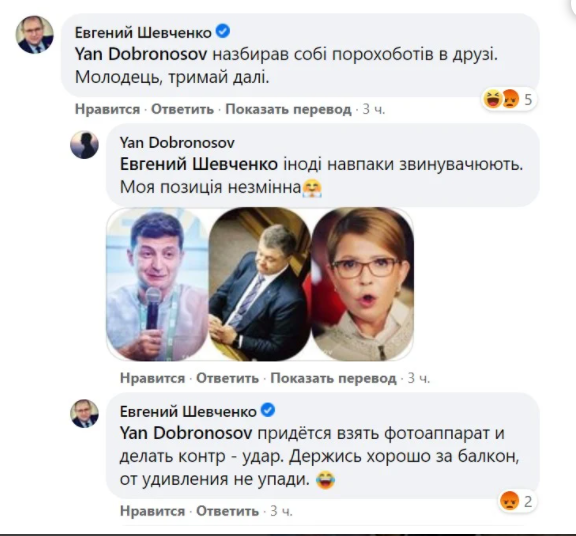 “I shall have to take a camera and to reply. Hold on tight to the balcony, don't fall out of surprise, ”he added.

As IMI reported, on October 29 reporter "Bukvy" took picture of  the MP from the "Servant of the people" Bohdan Yaremenko who was corresponding with a sex workers by phone just in the session hall of the parliament and the Oct. 30 the edition published that correspondence.

On October 30, Bohdan Yaremenko, claimed that publication of his correspondence was a criminal offense, which entailed three to seven years in prison.

On October 30, “Bukvy” reported the MP made pressure on them.