“Bukvy” magazine claimed MP Yaremenko made pressure on them 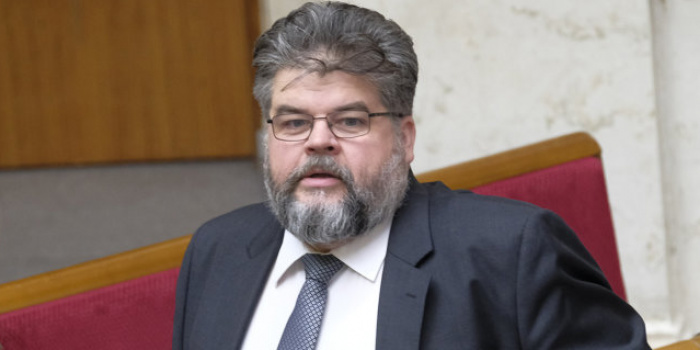 The “Bukvy” magazine, which made public the messages the MP from "Servant of the People" Bogdan Yaremenko with a whore he had during the parliament sitting, claimed he made pressure on them, as “Bukva” reported.

The pressure on the mass media is inadmissible, as the “Bukva” editorial board said.

The incident involving the MP Yaremenko happened on October 30. At the time, a photographer with the magazine took pictures of the MP who was corresponding with a prostitute trying to fix an encounter with her just in the parliament hall during working hours. After the news was published, the information spread widely in the Ukrainian mass media, including “UKrayinska Pravda”, BBC Ukrainian service.

At first, Yaremenko said that the correspondence was a joke and he tried to play a hoax on the journalists, but later he admitted that he had indeed corresponded with a whore and apologized to his wife, children, faction and President Zelensky.

Subsequently, commenting the incident to Livyy Bereh (LB.ua), he threatened  the journalists with lawsuits.

“There is an article in the Criminal Code intrusion to privacy. So, here I would advise parliamentary photojournalists to be more careful about what they do. Because at some stage, it can trigger a backlash. The fact that journalists had proceeded like that in past legislatures, it does not mean that they did not violate the law. We can meet before the bar. I am willing to let a journalist take a picture of my phone and then go to court, for an experiment, ” he said.

“Bukvy” considered these words as pressure and appealed to the leadership of the faction "Servant of the People" and personally to President Volodymyr Zelensky to condemn such a position of Yaremenko and to carry out appropriate work among the representatives of the party to prevent any statements or actions aimed at restricting activities. of independent media in Ukraine.

“A Member of Parliament,as he sits within the walls of the Verkhovna Rada of Ukraine, is a public figure, representing the interests of Ukrainians in the parliament. Given it, it is the duty of the mass media to inform the society about what the MP does during his working hours while he sits at his workplace, ”the journalists were reminded.