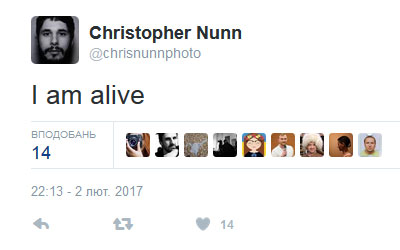 The reporter lost one of his eyes; he was delivered to the Mechnykov’s military hospital in Dnipro city at 4 a.m. Friday. According to Serhiy Ryzhenko, the chief doctor of the hospital, he is now in moderately grave condition, as surgeons are trying to save another eye. TV channel "112 Ukraine" reports.