Boyarka residents propose to name a street after Maxim Levin 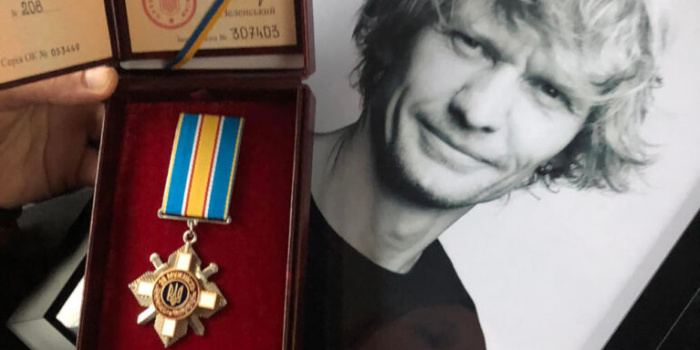 The proposal comes from the "Nebo" movement, Chytomo reports.

"Max Levin had lived on Zavodska street for many years, and his mother lives there now," the initiative states.

"Nebo" movement was created by committed Boyarka residents; this initiative is led by the movement's memeber Oleksander Stepanenko. The call for renaming can be signed here.

As IMI has reported, photo journalist Maxim Levin had gone missing on the frontline in Vyshgorod district near Kyiv, where he had been carrying out his professional duties covering the war. He had last been in touch on March 13. On that day, he had driven his own car to take pictures of the fighting. He had left the car near Huta Mezhyhirska village and walked towards Moshchun village. A message had been sent from his phone at 11:23; after that he had not been in touch or online.

On April 1, photojournalist Maxim Levin was found dead in Huta Mezhyhirska village of Vyshgorod district near Kyiv. According to the prosecutor's office, russian troops had fired two shots at him from a light weapon. Maxim had been working on the frontline as a journalist and was documenting the war crimes committed by the russians.

President Volodymyr Zelenskyy awarded Maxim Levin with the "For Courage" order of the 3rd degree.

Maxim Levin was born in 1981 in Kyiv region. He had worked as a photo correspondent, documentary photographer, and camera man for many Ukrainian and international periodicals, and had cooperated with such agencies ad Reuters, BBC, TRT World, Associated Press, LB.ua, Hromadske. His photos have been published in such media outlets as Wall Street Journal, TIME, Break.