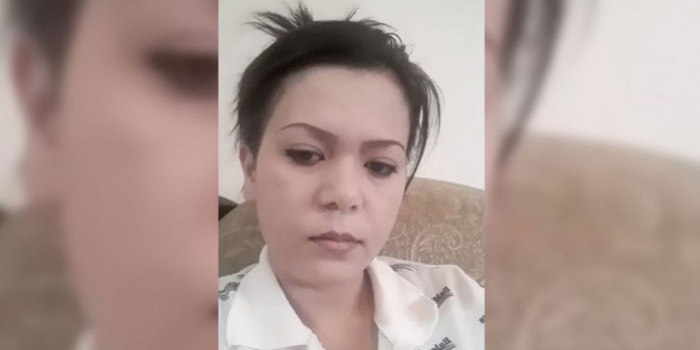 Uzbekistan authorities must immediately release journalist Nafosat Olloshukurova and allow her to report freely, the Committee to Protect Journalists said on October 8.

On September 30, the Urgench district civil court in Uzbekistan’s west ordered blogger Nafosat Olloshukurova to be placed in the Khorezm regional psychiatric center after she served 10 days in administrative detention, according to the blogger’s mother, Holjon Davletova, who spoke to CPJ on the phone, and local and regional news reports.

“Uzbekistan authorities must immediately release Nafosat Olloshukurova and allow all journalists to report freely,” said Gulnoza Said, CPJ’s Europe and Central Asia program coordinator, in New York. “If Uzbekistan wants the world to believe it is serious about reforms, it should not resort to the use of totalitarian practices like forced confinement of journalists in a psychiatric ward.”

On September 23, the Khorezm internal affairs department opened an administrative case against the blogger, charging her with violations including petty hooliganism and participating in unauthorized assemblies, local news reported. She served 10 days of administrative arrest, according to the blogger’s mother.

Olloshukurova’s mother told CPJ that local police and administration officials visited her house in the capital Tashkent and summoned the blogger’s two siblings to the police in Urgench. “They have been harassing us, so we don’t speak out against this injustice,” she said, adding that she has not seen or been able to contact her daughter since September 23.

On September 26, the prosecutor’s office alleged that Ollashukurova was exhibiting abnormal psychiatric behavior, claiming that she has a “mental disorder,” and asked the court to place her under psychiatric care, according to the same report.

At the time of her arrest, Ollashukurova was documenting journalist and poet Mahmud Rajabov’s march to the capital Tashkent to petition Minister of Interior Pulat Babadjanov to drop a criminal case against him, according to reports. Rajabov also received 10 days’ administrative arrest for organizing the march, the Uzbek service of U.S. Congress funded Radio Free Europe/Radio Liberty reported.

On October 5, police in Urgench detained Davletnazar Ruzmetov, a correspondent for the local daily Jamiyat, his wife Leninza Aliyeva told the Uzbek service of U.S. Congress-funded Radio Free Europe/Radio Liberty, known locally as Radio Ozodlik. Aliyeva said her husband called her around 11 a.m. on October 5 to tell her that he was being arrested, according to Radio Ozodlik’s report. Police released Ruzmetov several hours later, BBC’s Uzbek service reported. Ruzmetov had also reported on Rajabov’s march, according to Radio Ozodlik.

The Ministry of Internal Affairs did not immediately respond to CPJ’s emailed request for comment.

Since the decades-long dictator Islam Karimov passed away in September 2016, the Uzbek government has been slowly implementing social and economic reforms. In regards to press freedom, the government released all journalists and unblocked several independent news websites, according to CPJ reporting and media reports.