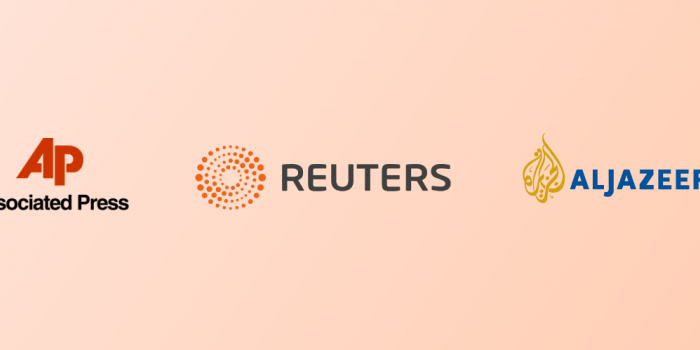 Some well-known foreign media are using incorrect terminology when covering the pseudo-referendums that Russia organized in the temporarily occupied territories of Ukraine.

Namely, some international media do not even use quotation marks when calling the sham election process a referendum or a vote. Among those are the Associated Press and AlJazeera.

Reuters uses the term "the vote" in their articles, which in no way corresponds to reality. After all, according to the information obtained by the Ukrainian Ministry of Foreign Affairs, which was confirmed by IMI's own sources, the occupiers' representatives were going around people's homes and literally forced them to tick the boxes, and state employees were forced to attend the so-called voting under the threat of being fired. Reuters also uses the term so-called referendums in their news, which is acceptable for describing the situation.

In one of the articles, the Associated Press calls the coercion to vote a referendum. Even without quotation marks, as Ukrainian media do to emphasize the fakeness of the event. 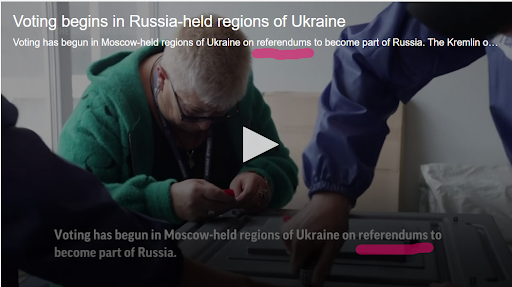 The phrase "Kremlin-orchestrated referendums" may also be found on AP's website. Such wording is also not entirely correct, because what the Kremlin has arranged in the occupied territories cannot be called a referendum at all.

It will be recalled that on September 22, the day before the forced assembly of citizens in the occupied territories, the European Commission "For Democracy through Law" (the Venice Commission) stated that holding referendums during wars and military threats is against European standards.

The Guardian uses acceptable terms to describe the situation: "referendums" in quotation marks, or emphatically calls them "so-called" referendums, which is also quite acceptable.

AlJazeera uses the term referendum without any quotation marks, which is a violation of professional journalistic standards of accuracy and credibility.

Radio Liberty editors adhere to a similar policy: they put the term "referendum" in quotation marks, and also called the event "so-called referendums." Alternatively, they avoided the word "referendums" and replaced it with the phrase 'Sham' Polls.

The New York Times' terminology is almost identical to that of Radio Liberty. They also use the phrases "sham" referendums, "so-called referendums," and call the vote "staged."

By the way, on September 27, Mariupol Mayor Vadym Boychenko, said at a briefing that he considers the so-called referendum in his city to be a sociological survey. He explained his opinion saying that of nearly half a million people, only 100,000 remain in the city. Therefore, one definitely can not call the Russia-organized assembly a manifestation of the citizens' will.

IMI experts believe that "pseudo-referendum" is the correct term to define this sham voting process organized by the Russian Federation.

We remind you that from September 23 to 27, Russia held pseudo-referendums on the annexation of the occupied parts of southern and eastern Ukraine.