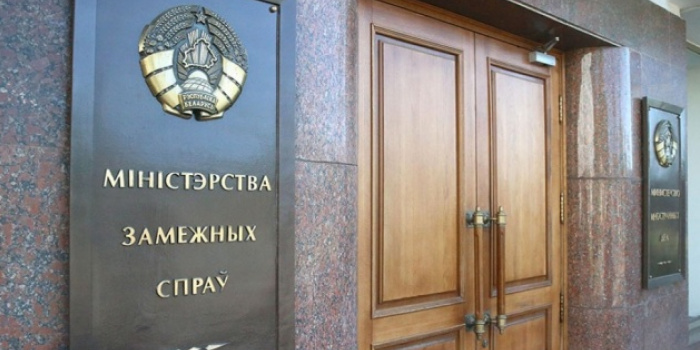 Anatoly Glaz, a spokesman for the Belarusian Foreign Ministry, said they had some "convincing testimonies" and audio recordings in Belarus in response to claims about Minsk plotting murder of journalist Pavel Sheremet which have been made by former Belarusian officer Igor Makar, as it is said on the website of the Ministry of Foreign Affairs of Belarus.

"In fact, this person (Igor Makar. - Ed. ) has been known to us since a long time, so we had some skepticism to watch all the fuss around his statements. We also noted the reaction of our Ukrainian colleagues, who almost decided to build up a whole new investigation based on this. At the same time, it is clear that this is only for political reasons, " Glaz said.

According to him, Makar allegedly contacted the Belarusian embassy in Lithuania for three times in the summer of 2020, and "all his intentions are absolutely evident taking into accout these appeals." He also added that their Ukrainian counterparts did not apply to them to "conduct an objective inspection."

“We have convincing evidence, including an audio recording that unequivocally demonstrates the obvious fraudulent intentions of this suit of clothes. In order to avoid saying something without adducing any proff, we are ready to make them public today. While listening to them, I suggest you to remember one of the quotes of this man: "... I’ve always been honest and decent," the spokesman said.

As IMI reported, Former second-in-command officer of  the  “Almaz” special forces unit of the Ministry of Internal Affairs of Belarus, now a member of the civic project "Belarusian People's Tribunal" Igor Makar testified in the case of the murder of journalist Pavel Sheremet.

Igor Makar handed over a recording of a conversation in 2012 involving a person whose voice resembled the voice of the then chairman of the State Security Committee of Belarus Vadim Zaytsev to the Belgian publication EUobserver.